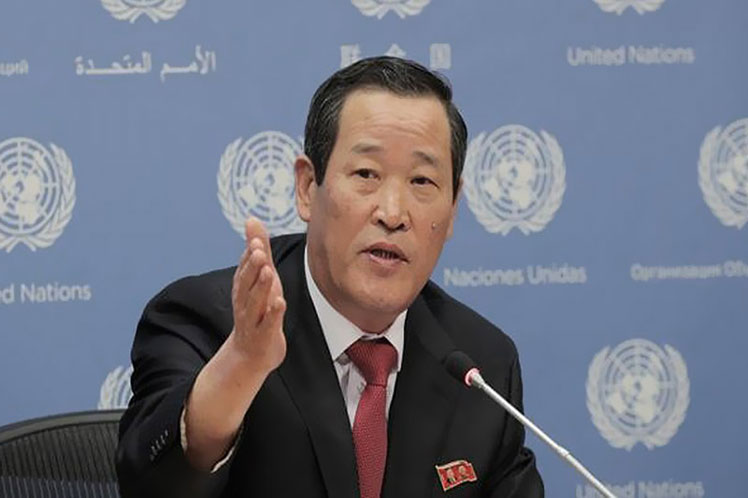 When speaking at the entity’s General Assembly, Kim declared that for this reason the peninsula continues to be divided against the will and aspiration of the two states involved.

In this sense, he indicated that it is wrong to think that such conduct is due to the nuclear problem.

From the first day after the foundation of the DPRK, the United States has not recognized our sovereignty by treating us as an enemy state, and openly showed hostility towards the socialist system chosen by our people, he recalled.

The official ratified that there is not a single foreign military base in the DPRK, while in South Korea almost 30,000 US soldiers are stationed in a war stand.

The DPRK has not conducted any military exercise even once in the US, but the US annually carries out all kinds of war drills on and around the Korean peninsula, he said.

In this regard, he ratified that his country does not want to use these means to target anyone.

We would never violate or endanger the security of the United States, South Korea and our neighboring countries, he assured.

Finally, he declared that the US must change its anachronistic hostile policy towards the DPRK, to end this 70-year war.

At another point in his speech, Kim expressed that the DPRK supports and encourages the Cuban government and people against the actions of the United States to impose illegal sanctions and blockade, and endorses its solidarity with Syria and Palestine.

Finally, he pointed out that the UN should guarantee full impartiality and fairness as required in the Charter.