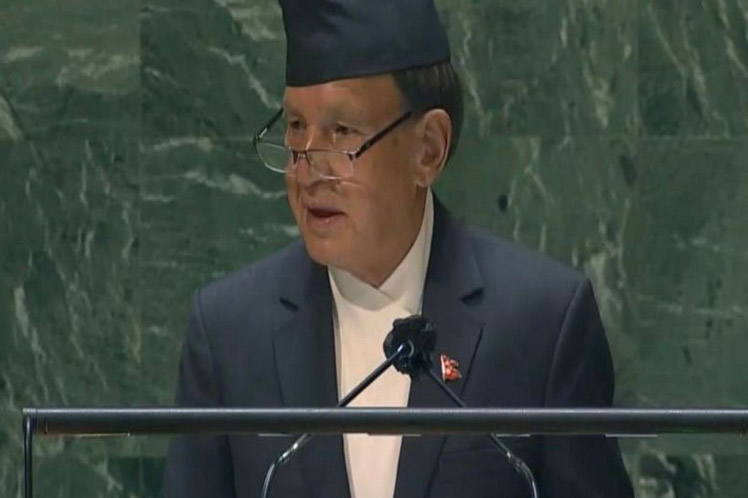 Speaking at the 76th session of the UN General Assembly (UNGA), Khadka said that fair and equitable access to Covid-19 vaccines must be guaranteed for everyone, everywhere.

The Nepalese Foreign Minister also stated that the pandemic revealed the weaknesses, vulnerabilities and inadequacies of health system worldwide.

Nowhere is this more clearly visible than in the weakest and most vulnerable countries, where people have no access to even basic civic amenities, he noted.

During his speech, Khadka declared that Nepal condemns terrorism and denounces all activities aimed at fueling social discord, community conflict and intolerance.

Strong global cooperation is necessary to effectively implement the UN Global Counter-Terrorism Strategy, fight and control the financing of terrorism, and to crack down on organized cross-border crimes, he said.

In this regard, he stressed the emergency of concluding a comprehensive convention against terrorism. Disarmament mechanisms, as well as non-proliferation and confidence-building measures, have stalled, he said.

Nepal is at the sharpest end of climate change despite its negligible share of greenhouse gas emissions.

Likewise, he called to guarantee safety, protection, dignity and well-being of all migrant workers.