Alianza Martiana ratifies fight against US blockade of Cuba 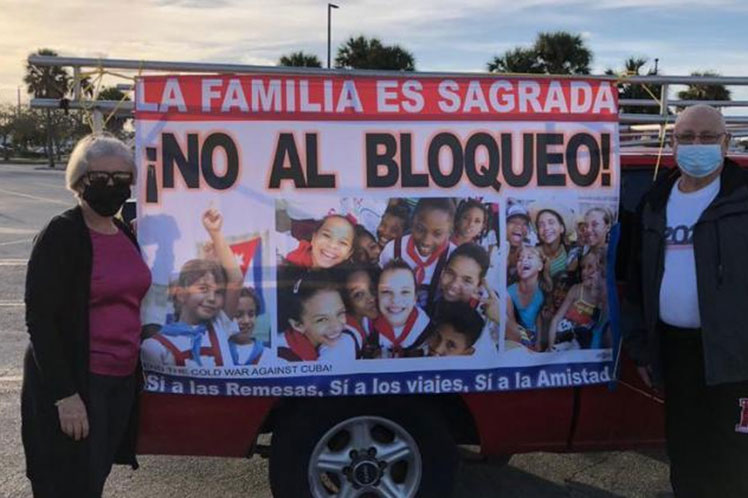 Alianza Martiana ratifies fight against US blockade of Cuba

The groups denounced the position of US President Joe Biden, who in his recent speech to the UN General Assembly proclaimed a new policy of peace for the world, boasting he had ended 20 years of war in Afghanistan.

However -the Alliance stressed- the President maintains against the will of almost the entire international community ‘the genocidal policy of blocking the Cuban people.’

‘In times of serious conflict and a pandemic, we want to reaffirm our unalterable commitment to the Cuban people in their fight against the infamous blockade by the governments of the United States,’ the coalition said in a note sent to Prensa Latina.

The Alliance also highlighted that, thanks to the great scientific advances made possible by the Socialist Revolution, Cuba already has the first Latin American vaccine against Covid-19.

In turn, the Caribbean country trusts, despite the unilateral fence that prevents the free acquisition of essential clinical supplies, to have 90 percent of its population vaccinated before the end of the year.

Emphasizing the example given by the largest of the Antilles, the group of emigrants recalled that Cuba has so far produced 30 million doses of its vaccine Abdala against Covid-19, whose effectiveness is more than 90 percent.

In addition, he stressed that this is the first country in Latin America and the Caribbean to immunize at least 80 percent of its population with its own vaccine.

On September 20, Biden served eight months in office, but so far the Democrat maintains a line as hard as that of his Republican predecessor, Donald Trump, regarding Cuba, according to analysts.

Without repealing the 243 measures adopted by Trump, Biden continues to breach his promise to change policy towards the island.

Since November 24, 1992, the UN General Assembly has spoken out every year against the blockade, reflected in an almost unanimous vote.

On June 23, it received the rejection of 184 of the 193 member countries of the UN and once again the United States was left with its sole vote together with its unconditional ally Israel.