About 6,000 Haitians deported in less than two weeks 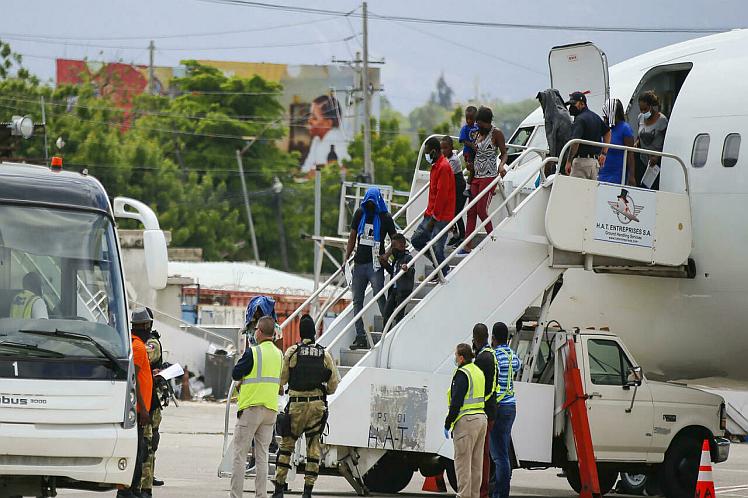 About 6,000 Haitians deported in less than two weeks

Port-au-Prince, Oct 2 (Prensa Latina) Approximately 6,000 Haitians were deported from the United States, Mexico and the Bahamas, the International Office for Migration confirmed today, while another 30,000 are still on their way to the northern border of Mexico.

These nations deported 6,213 people in 57 flights, 800 of them the day before, according to the United Nations agency, which expects the continuity of these trips in the next few days.

Several UN agencies called in a joint statement for states to refrain from expelling these migrants without a proper assessment of their individual needs.

This, when tens of thousands of others are crossing the continent with the hope of reaching the United States and seeking asylum, after spending several years in countries such as Brazil and Chile.

By half of this month, about 15,000 migrants, mostly Haitians, gathered under the bridge that divides Mexico from the United States, and some of them were confronted by border agents on horseback.

The images sparked a campaign of solidarity against the deportations, although Washington has not yet ceased returning Haitians to their homeland.

‘I want to say that it was an injustice, it was wrong and I want to apologize to the Haitian people,’ Juan Gonzalez, President Joe Biden’s top Latin America advisor, in addressing the treatment of the migrants, admitted.

Meanwhile, Under Secretary of State for Western Hemisphere Affairs Brian Nichols committed himself to a more ‘humane’ treatment of these citizens.

Gonzales and Nichols ended a visit to Haiti on Friday following the scandal over the resignation of special envoy Daniel Foote.