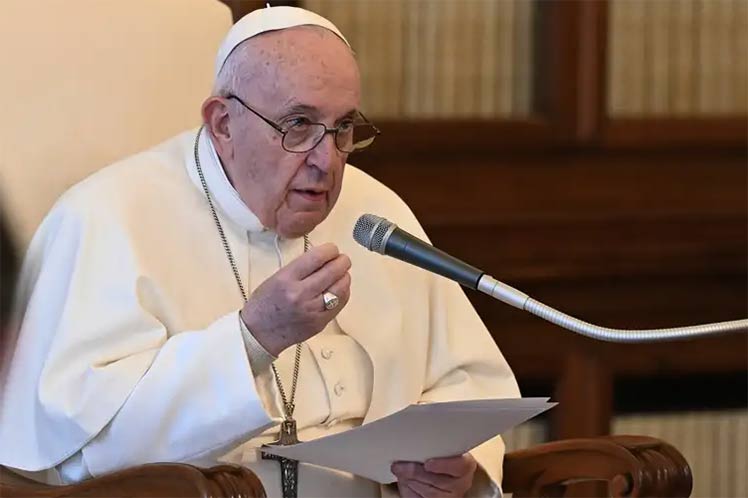 The Supreme Pontiff addressed a message to the two-day meeting organized by the Pontifical Academy of Social Sciences on the First Beatitude, referring to the greed ‘of people as well as families and nations, especially the richest, although the most deprived are not exempt either.’

‘In these times of opulence, when it should be possible to put an end to poverty, the powers of single thought say nothing about the poor, the elderly, immigrants, the unborn, or the unborn, nor the seriously ill,’ the Pope wrote, as well as that ‘they are treated as disposable.’

The Pope considered it a crime against humanity that, as a result of that prevailing greedy and selfish paradigm, ‘our young people are exploited by the new growing slavery of human trafficking, especially in forced labor, prostitution and the sale of organs.’

‘Given the enormous available resources of money, wealth and technology that we have, our greatest need is neither to continue accumulating, nor greater wealth, nor more technology, but to act the always new and revolutionary paradigm of the beatitudes of Jesus,’ he pointed out.

The Pope contrasted greed with the spirit of poverty which, he said, ‘while it deprives us of the worldly spirit, leads us to use our wealth and technologies, goods and talents in favor of integral human development, the common good, of social justice and of the care and protection of our common home’.

Pope Francis expresses closeness to migrants and refugees in Libya

Pope Francis expresses closeness to migrants and refugees in Libya