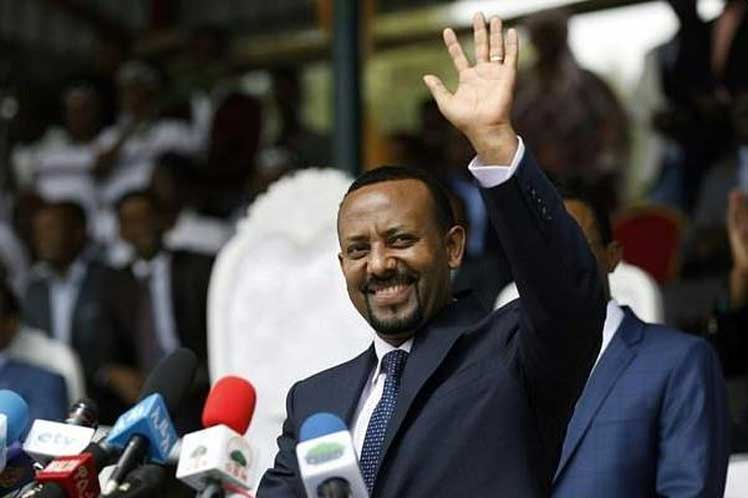 Ahmed, in office since April 2nd, 2018, was sworn in before the head of the Supreme court, Meaza Ashenafi, to serve national interests faithfully and at his utmost.

With more than 37 million voters, 47 contending parties, and 9,300 candidates, the general elections were held on June 21st, legitimized by the National Electoral Board and rated positively by various international observers.

For different reasons, the electoral process could not be carried out then in Ogaden and Harari, nor in areas of the Southern Nations, Nationalities and Peoples region, but on September 30th it was completed in those states.

The Prosperity Party, led by Ahmed, won the elections, which were postponed more than once, after a process that some political parties tried to boycott, mainly the Tigray Popular Liberation Front (TPLF), declared a terrorist group by the Parliament.

Applauded for his efforts in East African conflicts and the peace agreement with Eritrea, the Prime Minister is also recognized for leading national economic reforms, as well as rebuilding the National Electoral Board and the Human Rights Commission.

The conflict with the TPLF, the strengthening of the federal system, the creation of jobs and care for the displaced, responses to health, education and social security needs, are expected to be some of the priorities of his management.