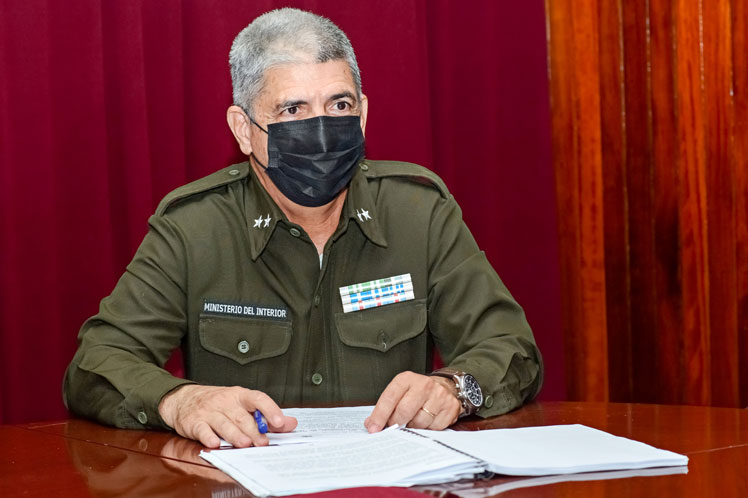 According to Hernández, Cuba has since 2017 opened an in-depth probe, appointed a permanent working group and the investigation file was opened for a possible crime of Acts on Heads and Diplomatic Representatives of Foreign States.

Hernández also stressed that there is no evidence that supports the existence of a criminal act, nor could the aforementioned sufferings be associated with a sonic or microwave attack or with another deliberate action on US diplomats.

‘There was no element that points to an alleged perpetrator or suspect or people with motives, intentions or means to carry out such attacks,’ he said.

In addition, Hernández recalled that probes conducted by US and Canadian police and scientific authorities failed to explain conclusively the symptoms described by their officials.

‘Despite the fact that Cuban authorities proposed from the very beginning to develop this investigation within the framework of cooperation, it was not until June 2017 (four months after the alleged attack) that a FBI representation traveled to Cuba for investigation, ‘he emphasized.

Mr. Hernández assured that the Cuban side could not directly interview those officials who had reported anomalous incidents, or go to places where attacks allegedly occurred.

According to Hernández, in the first days the US official in charge of security at the US embassy was unaware these health incidents had cropped up.

‘We did joint measurements with an FBI team, we looked for fingerprints and nothing appeared; guests staying in adjoining rooms on those days were identified; no other client or employee felt similar noises or symptoms,’ he said.

Hernández confirmed no evidence to energy sources was found at hotels, residences or among neighbors.

For the specialist, it is suspicious that in those days these diplomats received a large number of friends and family, while visiting recreational places.

‘In 2018, based on a joint work protocol, Canadians installed sensors to record various events, and one single report of an event harming health has not yet appeared,’ he added.