Cuba reiterates rejection of all forms of discrimination in Geneva 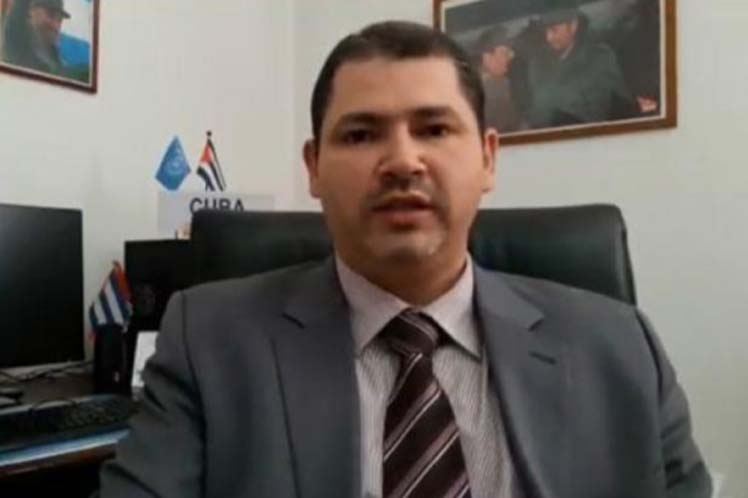 Cuba reiterates rejection of all forms of discrimination in Geneva

Speaking at the 48th regular session of that body, Cuba’s permanent representative at the United Nations Office in this city, Juan Antonio Quintanilla, said that his country will always fight for social justice and will continue to provide assistance to States in need.

The diplomat regretted the failure to comply with the objectives set at the Durban Conference, held in South Africa in 2001, during which it was advocated to strengthen the fight against the aforementioned scourges.

The multidimensional crisis aggravated by the Covid-19 pandemic has exacerbated inequalities and exclusion. The poor, people of African descent and migrants are subjected to all kinds of discrimination, he said.

He pointed out that ‘structural racism persists, particularly in the developed capitalist nations, which try to divert attention from their historic responsibility and their debt to the peoples who are victims of slavery.’

Quintanilla criticized the lack of political will by many governments, and assured that the world will always be able to count on Cuba to make the commitments assumed in Durban a reality.

My people are only one, Afro-Latino, Caribbean, mestizo, with a colonial slave-owning past. Only with the triumph of the Revolution in 1959 did a process of radical transformations take place that demolished, from the base, a racist and discriminatory system by definition, he pointed out.

The new Constitution of the Republic, approved in 2019, ratified and strengthened the recognition and protection of the right to equality, as well as the prohibition of discrimination, he added.