Mexico’s President to attend talks to US Secretary of State 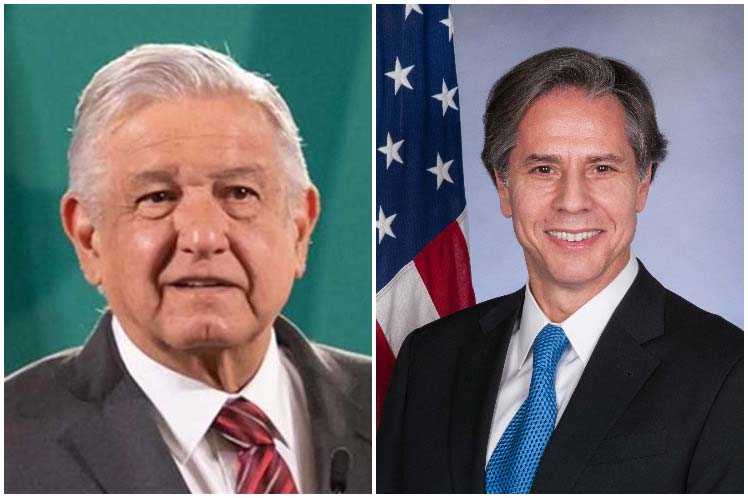 Mexico’s President to attend talks to US Secretary of State

That is the first contact on the issue between the two nations as agreed in a previous meeting, and will be attended by the Secretary of Homeland Security, Alejandro Mayorkas and the US Attorney General Merrick B. Garland.

Ebrard confirmed that Lopez Obrador will preside over the meeting on Friday morning, in which he will be informed of the understandings that have been reached so far in earlier further general rounds.

Mexico’s head of diplomacy recalled that his country presented 10 priorities, and later they will give a detailed account of what they consist of, but they are essentially the need to reduce homicides, and ask for reciprocity in terms of arms trafficking control, legal assistance and extraditions.

Afterwards, there will be another meeting with the Attorney General of the Republic, and there will be also a dialogue at the Secretariat of Foreign Affairs with the different secretaries that are coming, and the members of the Mexican Security Cabinet will participate, and finally, they will unfold the progress achieved up to Friday.

It is scheduled that by 2022, there will be an exchange on the economy in Washington that will continue in Mexico to report on everything that has been accomplished in the first year of work.

That cycle has already begun recently, Ebrard said, because it is a priority for Mexico and the issue is development, investment and value chains.

At the beginning of November, the first results of the issues submitted for consideration by the secretaries must be delivered.

In the case of that dialogue, the Secretary of Economy Tatiana Clouthier has an outstanding participation because she heads it, as well as representatives of the Secretariat of Finance and Public Credit.

Ebrard pointed out that, in security matters, it took 10 months to reach a new stage, which is to leave behind the Merida Initiative, totally different from the one that is being implemented today; based on another type of non-military understanding with the United States.

Unlike that Merida agreement, Mexico is not asking for assistance or other stuff, but simply to work in conjunction on security matters and with respect; and that is what we have been building, he concluded.