Cuba ratifies condemnation of terrorism in all its forms 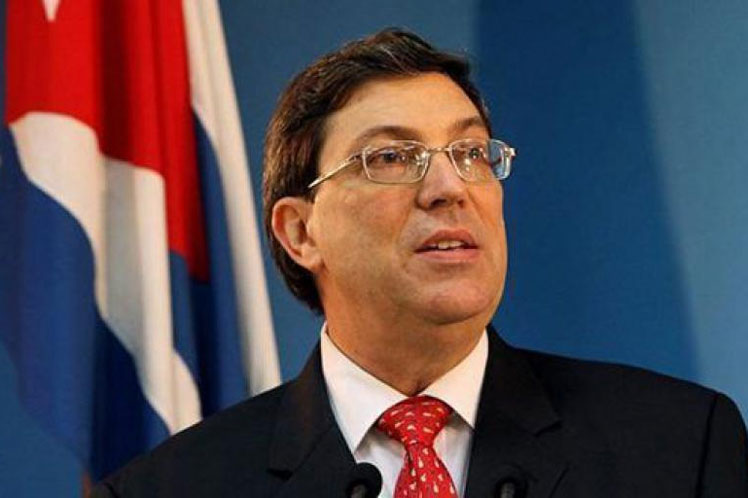 Cuba ratifies condemnation of terrorism in all its forms

On the commemoration of the Day of the Victims of State Terrorism, the minister assured that all those victims, 3,479 killed and 2,099 injured, will be always remembered.

It is impossible to forget the appalling crime of Barbados, the head of Cuban diplomacy wrote on his Twitter account, in reference to the explosion of a Cubana de Aviación airliner in mid air on October 6, 1976, while en route to Cuba. This vile terrorist attack was orchestrated by Luis Posada Carriles and Orlando Bosch.

According to the People of Cuba’s Lawsuit against the Government of the United States for Human Damages, which was filed on May 31, 1999, terrorism has always been present in Washington’s foreign policy against the Caribbean island.

Following this logic, Cuba has become a target for pirate attacks, biological warfare and sabotages, including attacks on fishing boats, offices, planes, hotels and even diplomatic missions.

The derailment of a train in Cuba in 2019, plots funded from Florida to set fire to commercial and service centers are among the most recent attempts.

Cuba’s Embassy in Washington was also riddled with bullets on April 30, 2020, without a US statement on the matter.

Last July, three home made bombs were thrown against the Cuban Embassy in France.

Rodriguez denounced the terrorist act and held the US Government responsible for these events, for its continuous campaigns of hatred and violence against Cuba, which encourage such behavior, he said.