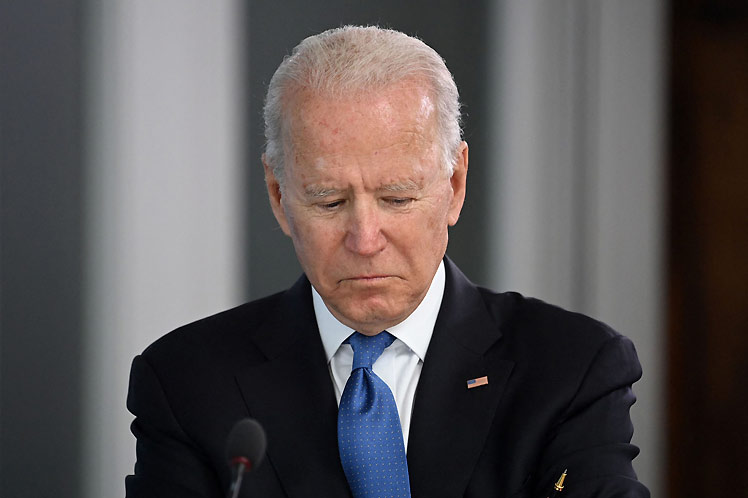 The regulations approved by Congress at the end of September respond to the complaints of the alleged victims, afflicted by an evil with a high probability of being the fruit of imagination, according to the most recent evidence.

We are using all the resources of the executive to provide first-class medical care and to get to the bottom of the situation, including to determine its cause and those responsible, the president said in a statement released by the White House.

Although the law enacted today bears Havana’s name, Biden notes that around the world, civil service officials, intelligence officers, diplomats and military personnel have been affected by abnormal health incidents.

Members of the Cuban Academy of Sciences called the narrative that Washington used this justification to suspend consular services on the Caribbean island and withdraw a large part of its workers from Havana during the administration of Donald Trump (2017- 2021).

Last week, a declassified report from the State Department itself ratified a truth that even the US government has difficulty admitting: there were never any acoustic attacks against its diplomats in Havana.

The document noted that the sounds detected ‘are of mechanical or biological origin, rather than electronic’ and that the most likely source ‘is the short-tailed cricket of the Indies.’

This hypothesis is not new, they presented it before as an eventual explanation of what they say happened, although the White House rejected it based on another medical report commissioned by the State Department itself and published by a panel of the National Academies of Sciences in 2020, returning to the microwave theory.

To date, the US government assures that about 200 incidents similar to those allegedly occurred in Havana have happened, only in places as different as India, Russia, Vietnam and even in Washington, D.C.