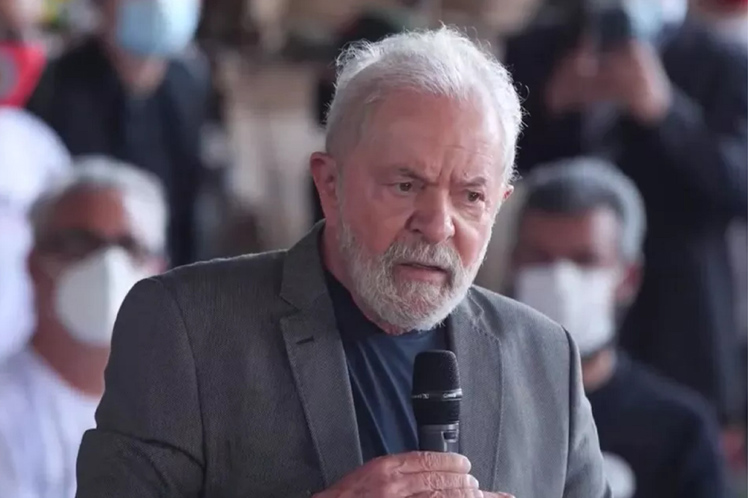 On a visit paid to the Integrated Recycling Complex in the Federal District (DF), Lula insisted that ‘it is not only the Amazon that is an environmental issue. The environment is the place where we live and work.’

He said that he approached the conveyor belt on which the waste was passing and thought, ‘it is not possible for people to collect all garbage. On that conveyor belt there are pieces of sausage, toilet paper, tampons. Doesn’t society have any sensitivity?

The founder of the Workers’ Party also pointed out that, in addition to being fundamental actors for the environment, recyclers are workers who support their families with their labor.

Lula insisted that to tackle the environmental issue is to know that there are people at the end dealing with the impurity and earning a living to support their homes.

During his speech, the former labor leader appealed to society and the rulers to help collectors and not treat them as if they were something pernicious or bad.

‘Don’t treat those people as if they were objects, treat them as human beings, with respect. They do for the city what you can’t do. They pick up the garbage that you, irresponsibly, do not pick up,’ he pointed out.

As people were shouting ‘Lula President 2022,’ the former union leader exchanged views on Thursday at the plant with workers, mostly women, who were separating recyclable items from the garbage on a conveyor belt.

The former president regained his political rights in March after a Federal Supreme Court judge overturned all his convictions, a decision that also allowed him to run for power next year.

Since Sunday, Lula activated contacts in his second visit to Mexico City so far this year, in search of electoral alliances for the elections.

With the idea of gathering support, he talked during the week with politicians from left-wing parties and with possible allies from the center and center-right.