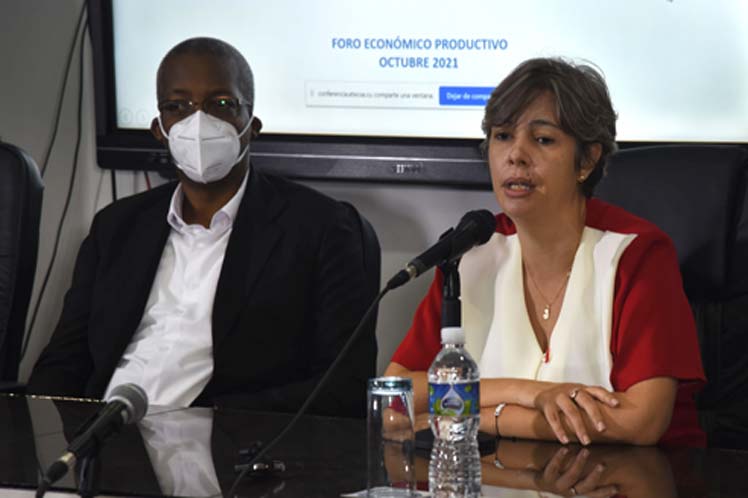 International insertion and the growth of the population’s satisfaction through the increase of goods and services are part of that policy, as the MEP’s Deputy Minister Johana Odriozola explained during the Economic-Productive Journey 2021 being held at the Cuban Chamber of Commerce until October 28.

It is not intended, she said, to incorporate subsistence MSMEs, but to contribute to the productive transformation domestic strategy, new industries should be born, produce goods that did not exist before and raise the presence in international markets.

Those types of companies, the deputy minister added, generally export in specialized niches and, although they cannot compete with large transnationals, they specialize in certain areas that allow them joining international value chains.

The road is long and the legislation approved so far is not enough, but it is necessary to move towards public policies that boost technology-based MSMEs, innovation, with export vocation or those that are linked to exporters, the expert noted.

Those public policies, she remarked, should create incentives because the idea is that those forms of management can contribute more to the Gross Domestic Product and to the growth of the economy.

Regarding non-agricultural cooperatives (NACs), she explained that their insertion is at a lower level, a phenomenon that is also evident on a global scale.

The deputy minister pointed out that up to the closure of the previous day, there were already 555 applications for the creation of MSMEs and CNAs, of which 104 were approved, 297 are in the process of review by the MEP, 57 are being prepared by the users and 97 have been filed.

After the start of such process on September 20, 98 private MSMEs, four State-owned, and two CNAs have already been approved, she detailed.