Russia proposes the US lifts restrictions on diplomatic work 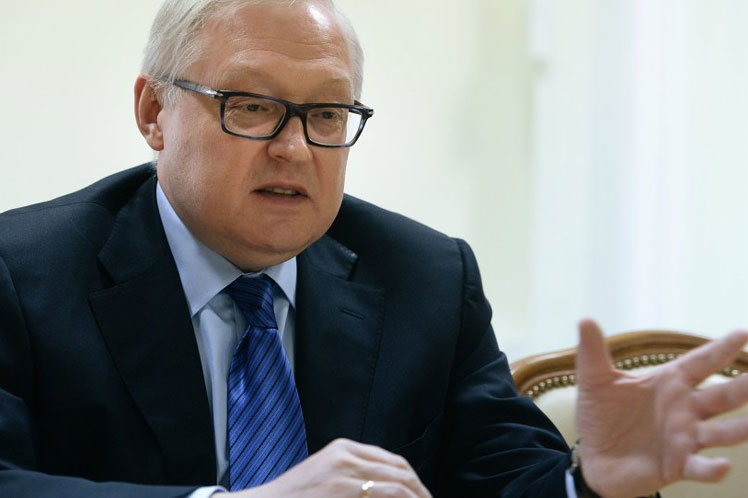 Russia proposes the US lifts restrictions on diplomatic work

Riabkov said that at the meeting held in Moscow with Nuland, they discussed the state and prospects of the development of relations between the two countries.

He noted that an issue of special attention was the functioning of their respective embassies in Washington and Moscow, emphasizing that actions against his country will not go unanswered; however, Russia does not seek further escalation.

‘We propose eliminating all restrictions imposed by both sides in recent years,’ the local Foreign Ministry indicated in a statement released on the talks between the sides.

After the meeting, Riabkov expressed that they also discussed strategic stability and prospects in that area. He said that he expressed to the US official his country’s concern about the creation of the Aukus partnership with Australia and the United Kingdom.

He also informed that the sides plan to hold specialized consultations on visa issues and the work of diplomatic missions.

Riabkov explained that at the over one-hour meeting with Nuland, he criticized the continuation of Washington’s confrontational line in connection with the bilateral agenda and in the context of acute international and regional problems.

He underscored that such a policy ‘can only lead to further degradation of Russia-USA relations.’

The text of the Russian diplomatic service noted that a realistic approach is required, involving the building of bilateral ties on the basis of the principles of equality and mutual respect.

The US deputy secretary of State for political affairs described the meeting with Russia’s deputy foreign minister as constructive, the spokesperson for Washington’s Embassy in Moscow, Jason Rebholz, posted on his Twitter account.

Nuland will be in Russia until tomorrow, and is scheduled to meet with Assistant to the President for International Affairs Yuri Ushakov and Deputy Head of the Presidential Administration Dmitry Kozak.