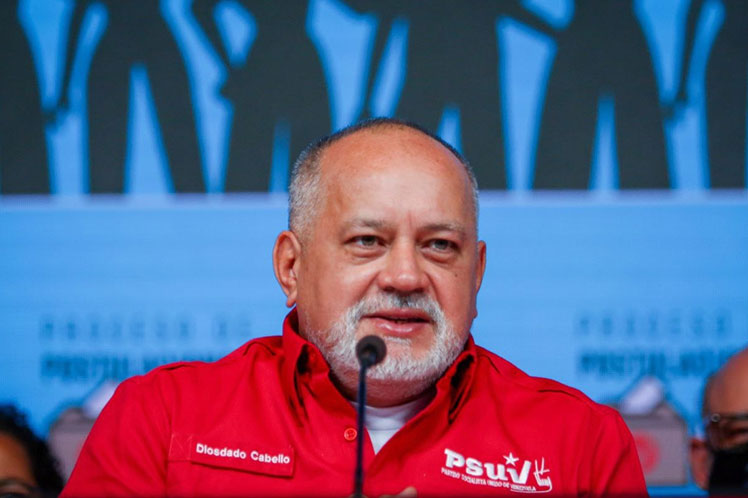 In statements to the media, the socialist leader welcomed the broad popular participation, commitment and behavior shown by the population during the mock electoral held the day before throughout the country.

Cabello emphasized that the PSUV and its allies from the Great Patriotic Pole are strengthening their organizational and mobilization machinery to obtain a resounding victory in the elections for governors and mayors scheduled for November 21.

In this regard, the also deputy to the National Assembly (Parliament) warned about the possibility that the opposition factions allege an electoral fraud in the face of an adverse result at the polls, without presenting any evidence, as in previous electoral events.

The first vice president of the PSUV also rejected the recent interventionist statements of the high representative for Foreign Affairs and Security Policy of the European Union, Josep Borrell, about elections in Venezuela.

Borrell affirmed on Friday that the electoral observation mission deployed by the community bloc in the South American nation aims to accompany the Venezuelan opposition, and that his final report will ‘legitimize or delegitimize’ the democratic event.

In this sense, Cabello demanded respect for Venezuelan sovereignty, and stressed that the European Union has much to learn from the Bolivarian nation in terms of democracy and electoral processes.

He also stated that under no circumstances will a scenario similar to that of Bolivia occur in Venezuela, where a fraudulent electoral report from the Organization of American States (OAS) served as a pretext to try to legitimize the coup against Evo Morales.

Venezuelans will go to the polls on November 21 to elect the country’s 23 governors and 335 mayors, as well as members of the regional legislative councils and municipal councils.