Ways to consult the Familes’ Code diversify in Cuba 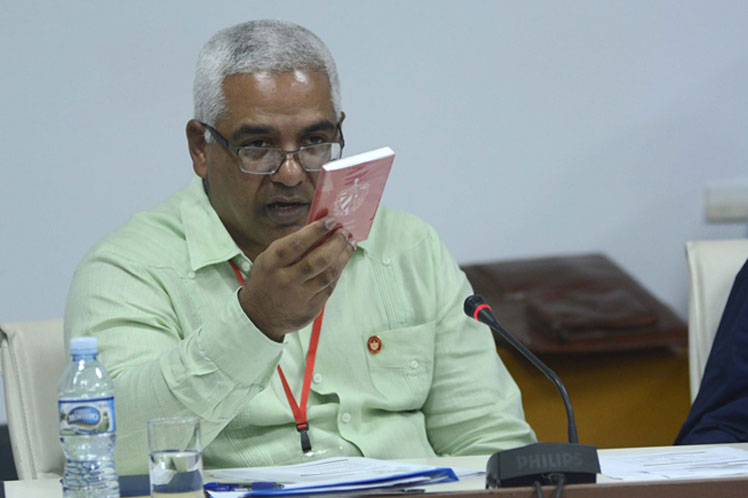 Ways to consult the Familes’ Code diversify in Cuba

In the presentation of the technological platform, Silvera mentioned that since the publication of the regulations on the website of that organization, the communication channels have been diversified, including the family@minjus.gob.cu e-mail.

The Family Code application contains the complete draft, as well as the Constitution of the Republic of Cuba, and allows users to write notes with their doubts and proposals, which can also be sent to said email address and processed by specialists.

Yury Pérez, project leader and tenured professor at the Law School of the University of Havana, commented on local television that the tool arose from the alliance between the Ministry of Justice and the non-state sector business known as Lombao Estudios.

‘The apk will enable the study and understanding of a draft made up of titles, chapters, sections and articles,’ said the lawyer.

According to Mario Lombao, director of the private enterprise, the application is aimed at a diverse audience and uses open source technology, which guarantees technological sovereignty and ‘is light to download and very secure.’ He also insisted that it constitutes a virtual way of gaining legal culture and guaranteeing everyone’s participation in the creation of a norm ‘that worships the full dignity of human beings.’

The consultations for the new Family Code began on September 29 and will continue throughout the month of October.

At this time, the opinions of the general population are collected, as well as experts and public and private entities related to the subject.

The considerations and technical evaluations gathered will be taken into account by the commission in charge of the elaboration of the norm, and will be incorporated into another version of the preliminary draft.

The new document will be delivered to the National Assembly of People’s Power for analysis and subsequent popular referendum.