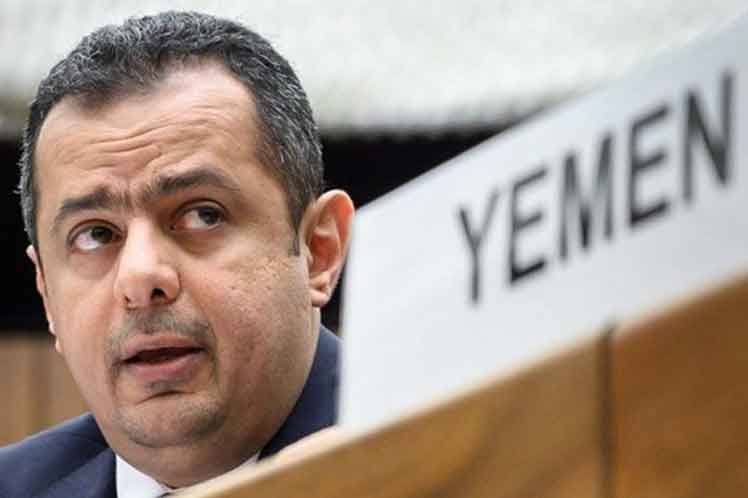 No one can control the country alone, no faction can, so we must all sit down to talk, Saeed said during a meeting here with journalists from international media as part of his visit to Egypt.

However, to resume the talks, a ceasefire must first be reached, he said in the midst of the offensive by the Houthi militia against the city of Marib, capital of the homonymous governorate, strategic for its oil and gas reserves.

In that sense, he acknowledged that government forces fell back on some fronts in that battle, despite the air support of the coalition led by Saudi Arabia, but he was confident in maintaining control of the city.

Saeed warned about the economic and human consequences of the ongoing fighting as hundreds of thousands of displaced people are settled.

Precisely the allies of the Government of President Abd Rabbu Mansour Hadi announced yesterday the death of some 400 Houthis in recent bombings in Marib and another 150 in the last 24 hours.

The prime minister also condemned Sunday’s attack by a caravan carrying the governor of the southern city of Aden, Ahmed Lamlas, and the head of Agriculture, Salem al Suqatri, who were unharmed, although six people lost their lives.

Aden serves as the provisional capital of the Hadi government, as Sana’a and large areas of the north of the country have been occupied by the Houthi militia since 2014.

In this context, the United Nations humanitarian coordinator for Yemen, David Gressly, warned this Monday that some 20 million people in that country, two-thirds of the total, need urgent humanitarian aid.

The nation is on the brink of famine, stressed the official, who estimated the number of children in danger of starvation at 400,000.