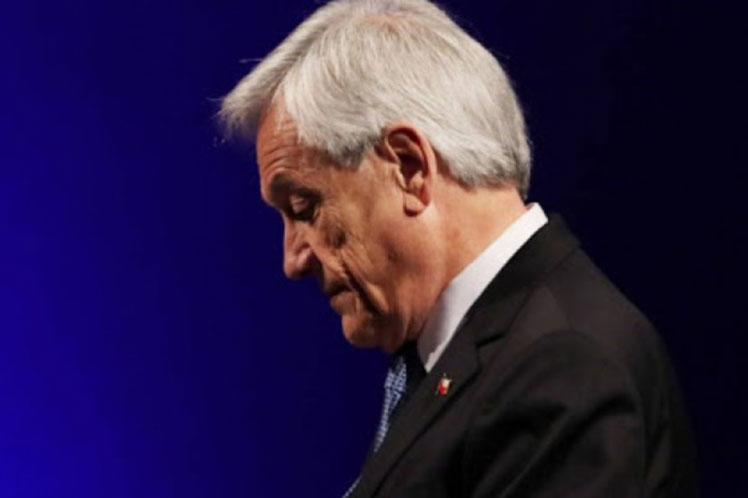 The document, which was presented in the Chamber of Deputies, consists of two parts and accuses the president of openly violating the Constitution in relation to the principle of probity and compromising the honor of the nation.

According to the documents leaked by the International Consortium of Investigative Journalists, in 2010, when Piñera was in his first term, he and his family sold shares in the Dominga mining company to a friend for 152 million dollars, 138 of which were negotiated in the tax haven of the British Virgin Islands.

The payment was to be made in three installments, the last of which was conditional on not complying with the demand of nature defenders to declare the area as environmentally protected.

‘Piñera’s corruption destabilizes and damages democracy. We must put an end to the impunity of those who have political and economic power,’ the Communist Party legislator Daniel Nuñez tweeted, one of the signatories of the motion.

Meanwhile, Tomas Hirsch, from ‘Accion Humanista’ (Humanistic Action), assured that they count on the opposition votes’ benches to approve the accusation, and hope that those of the ruling party will support it, when they study the background with seriousness and responsibility.

This procedure is applied to the authorities accused of having any infraction that justifies their dismissal or disqualification for the exercise of the position or any other public function, and needs 78 votes in the lower chamber and two thirds in the Senate for its adoption.

Legislators hope that it can be analyzed before November 21, when the first round of the presidential and parliamentary elections will take place.

In addition to the possibility of impeachment, Piñera was indicted by the Public Prosecutor’s Office for tax crimes and bribery in the purchase and sale of the mining company.