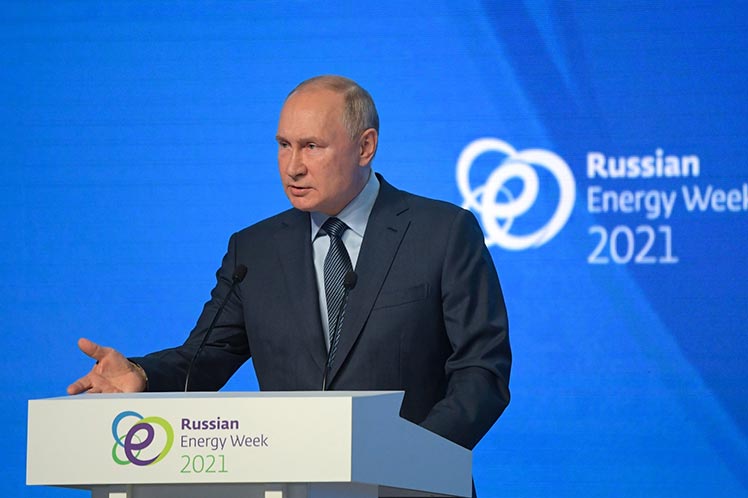 ‘In the lately difficult autumn and winter seasons, if our partners asked us to increase supplies, even beyond our contractual obligations, we always did so,’ the president said at the plenary session of the Russian Energy Week.

During his face-to-face address at the forum, Putin stated that stability and predictability are important for any market, and insisted that Russia is working steadily to strengthen the energy security of the entire European continent in the upcoming years.

He gave as examples the infrastructure Turkish Stream, Balkan Stream, Nord Stream 1 and Nord Stream 2 projects implemented along with European, which will lead to a significant reduction in the production of greenhouse gases.

He warned that Russia is increasing shipments to Europe, which currently generates some 54 billion cubic meters of gas per year. ‘Production is falling, both in the UK, the Netherlands and Norway and it is likely to continue falling,’ he commented.

‘There are all the preconditions to reach a record volume of gas supply on the world market by the end of 2021. Moreover, we always meet our partners halfway and are ready to discuss further actions,’ the president underscored, referring to the possibility of longer-term contracts.

Putin warned that high energy prices may have negative aftermaths for everyone, including the producing companies, since a drastic rise will push to reduce consumption and thus lower production.