Victims of black rain in Hiroshima asked for government help 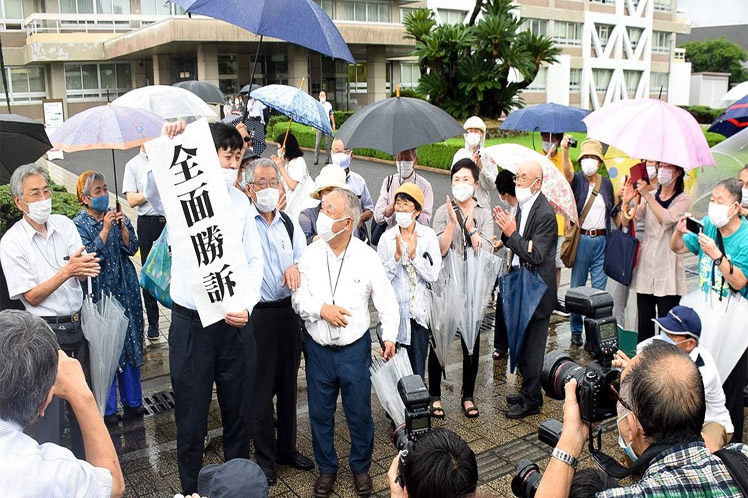 Victims of black rain in Hiroshima asked for government help

Tokyo, Oct 13 (Prensa Latina) A total of 189 people who were exposed to radioactive black rain in Japanese city of Hiroshima (southwest) requested free medical care from the government, the national press highlighted today.

The request came in response to a government directive to expand aid to more people, and as authorities seek a method to assess the eligible.

These people got the impacts of radioactivity outside the area originally considered eligible for assistance measures as survivors of the atomic bomb dropped by the US, hitting the city on August 6, 1945.

The purpose of the group request is to convey the fact that there are many victims of black rain waiting for the quick implementation of aid measures.

Katsuji Maeda, 85, from ancient town of Sunatani in what is part today of Saeki neighborhood in Hiroshima, was exposed to black rain when he was nine years old.

It is unfortunate that we have been neglected for so long. I hope that as many people as possible can receive a grant certificate, he told the Mainichi newspaper.

Applications were sent from a region that, in three studies conducted in the past, was determined to be ‘outside the black rain zone’.

Last July, a ruling by the Hiroshima High Court determined to acknowledge 84 people who were in areas outside the initial assistance designated by the executive.

General secretary of the legal team, Masahiro Takemori, said survivors are getting old and there is not much time left.

The atomic bomb dropped that day was the first used against a population, followed by another on August 9 in neighboring Nagasaki.

Both attacks were part of the United States’ strategy to force Japan to surrender in World War II (1939-1945).