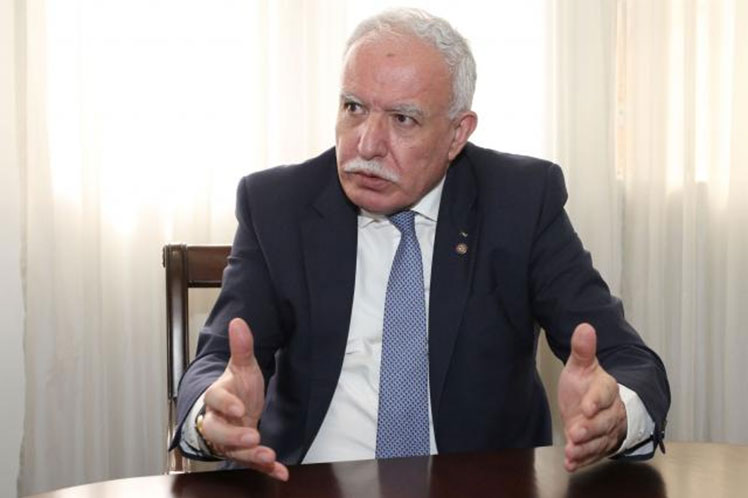 Ramallah, Oct 14 (Prensa Latina) The Palestinian government urged the African Union (AU) to revoke its decision to grant Israel's status of observer to the organization after denouncing the crimes committed by that country in Palestinian occupied territories.

‘The action rightly provoked feelings of shock and rejection on the part of those who want Africa to preserve and defend its proud legacy of fighting colonialism and oppression,’ Foreign Minister of Palestine Riyad Malki wrote in an open letter to the Executive Council of the AU.

He stressed that the Israel’s authorities systematically commit war crimes and crimes against humanity. Malki claimed in the letter, titled ‘The African legacy in Palestine’, that Israel must be held accountable and exposed, not rewarded.

Israel’s observer status contradicts the fundamental principles of the African Union and the purposes of its founding charter, he stressed.

Malki recalled that his people always maintained a clear support for the struggle of African nations against colonialism.

‘We share a historical and incomparable bond, rooted in decolonization, anti-racism, equality, justice and our inalienable right to self-determination,’ he said.