100,000 workers take action as Striketober hits the US 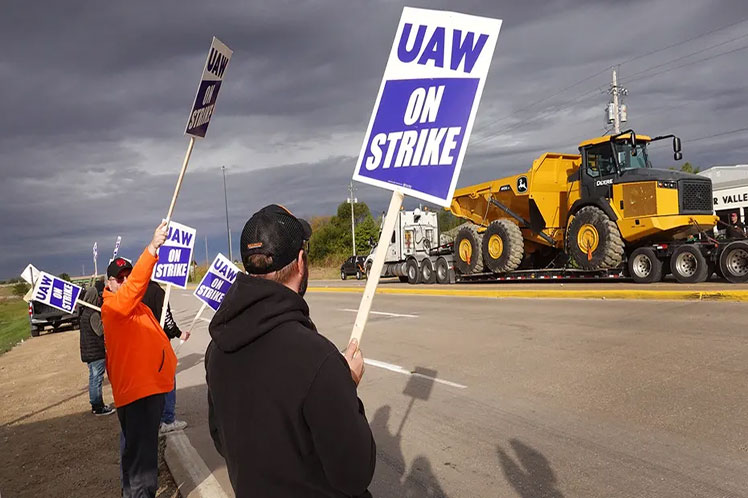 100,000 workers take action as Striketober hits the US

Although Hollywood employees threatened to stop the US film industry as of Monday, they reached -at the 11th hour- an agreement on technitians´ working conditions, but other unions remain unemployed.

In recent days, as many as 10,000 workers at farm equipment maker John Deere walked out over pay and conditions, while unions accounting for 31,000 employees of Kaiser Permanente healthcare group agreed to do the same in California and Oregon, as well as 1,400 workers at Kellogg’s cereal company and more than 2,000 at Mercy Hospital in Buffalo, New York, who took to the streets since early October.

These stoppages led to create the ‘striketober’ term on social networks, formed by Strike and October blending.

According to the Cornell University Labor Action Tracker, at least 176 strikes have been conducted in 2021, including 17 in October.

About 4.3 million US citizens dropped off their jobs in October due to their dissatisfaction with working conditions hit by present health crisis, including insufficient guarantees to fight Covid-19.