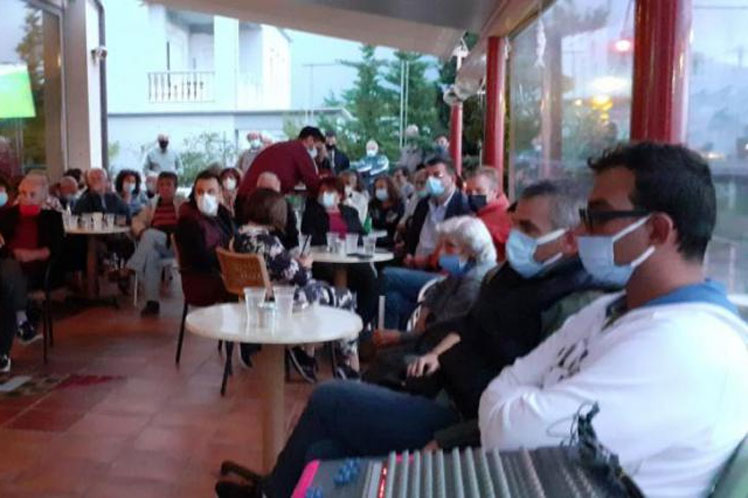 Called by the Greek Committee for Distension and Peace (EEDYE) of Messinia, Venceremos Hellenic Cuban Friendship Association and the Communist Party expressed their support for Cuba and condemned destabilizing US actions on the country.

During the meeting, organized under the slogan ¨Cuba is Not Alone¨, participants lashed out at increased US aggressions against Cuba amid the Covid-19 pandemic, and they also praised Cuba´s efforts to challenge present health and economic crisis.

The Cuban Ambassador Zelmys María Domínguez, on the other hand, thanked Greek people´s solidarity and support for spreading the truth about Cuba.

Cuba´s major development problem is the US hostility, which cannot bear the existence of a socialist revolution in what it considers as its backyard, Domínguez said.

Likewise, she strongly condemned the tightened US blockade, direct attacks and ideological subversion under Donald Trump´s administration (2017-2021) and Joe Biden´s.

Washington concocts pretexts to include Cuba on unjust lists. It promotes all types of campaigns, creates false victims and repression to mar the Cuban Revolution´s image. The United States aims to present the idea of a country in chaos so as to bring about a social outburst and justify a military intervention in Cuba, she stated.

Domínguez claimed that Cuba strongly rejects any interference in its internal affairs and assured that a military attack would have unforeseeable consequences for peace and security in the region.

On the other hand, she stressed that, despite the US blockade and aggressions, Cuba succeeded in developing three anti-Covid-19 vaccine candidates and sent doctors to help to dozens of nations around the world.

‘Despite all US actions, the Cuban people will not give up construction of an inclusive, democratic, prosperous and sustainable socialist society with all and for the good of all,’ she asserted.