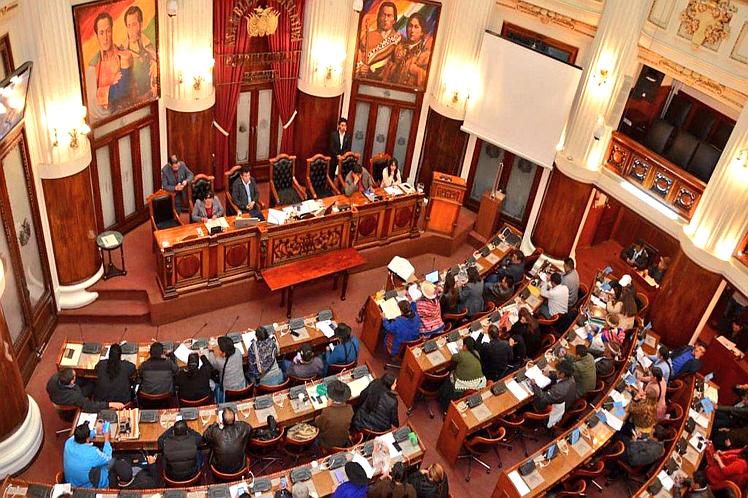 La Paz, Oct 20 (Prensa Latina) The strike against Law 1386 announced by some social sectors in Bolivia for Thursday is promoted by political leaders aiming to destabilize the Government, a government official denounced today.

The Executive announced a week earlier the withdrawal of the Bill against the Legitimization of Illicit Profits from the Plurinational Legislative Assembly in order ‘not to give rise to confrontations among Bolivians and, even less, to destabilization,’ according to the Minister of the Presidency, Maria Nela Prada.

However, trade union, transport, cooperative and civic movements called for a strike tomorrow to repeal Law 1386, of the National Strategy to Combat the Legitimization of Illicit Gains and the Financing of Terrorism, which is in force and is considered by those sectors as the mother regulation of the annulled bill.

Interviewed by the Red Uno TV channel, the Deputy Minister of Defense of the Rights of the User and Consumer Jorge Silva explained on Wednesday that the referred legislation does not affect any of the sectors that are currently mobilized, which are the unions, transporters and miners.

The deputy minister specified that protesters are being used by leaders, who do not represent the interests of the aforementioned sectors, but ‘those of a political coupmonger current, which exists in our country and is aiming to destabilize the Arce Government,’ he noted.

Silva said that such regulation will possibly affect those who are involved in drug trafficking, human trafficking, money counterfeiting, corruption, smuggling, among other illicit activities.

Law 1386, he commented, was discussed in April in the Plurinational Legislative Assembly, ‘six months have passed and we wonder where the senators and legislators of the opposition were to denounce that such law is an attack against the unions, against the transporters or miners,’ he questioned.

The deputy minister urged those political leaders who threaten with mobilizations to say which of the articles of the aforementioned legal regulation affect those sectors, and regretted that misinformation on the issue is being promoted.

On Sunday, Bolivia’s Minister of Economy and Finance Marcelo Montenegro warned that the destabilizing actions of the right wing seek to divert attention from their crimes by preventing the approval of certain legal instruments, and reiterated the invitation to dialogue to those who encourage the opposition mobilizations.

Montenegro estimated the losses caused to the country for one day of strike at 112 million dollars, since the stoppage of economic activities of certain sectors affects more than one productive chain.