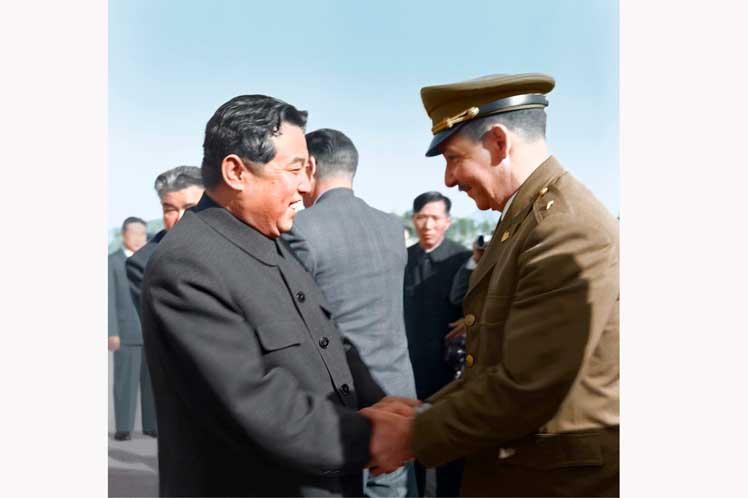 The state-run Korean Central News Agency (KCNA) noted in an article that in October 1966, President Kim Il Sung warmly welcomed the Cuban delegation and treated members with hospitality during their stay in the DPRK.

Korea and Cuba are geographically distant, but they have been constantly developing relations of friendship and cooperation in the common struggle to build socialism, frustrating aggression, intervention in internal affairs, blockade and pressure from the United States, KCNA pointed out.

Both nations established diplomatic relations on August 29, 1960, and since then they have been firm allies.

The special friendship between the two countries made an enormous contribution to strengthening cooperation in all fields of politics, economy and culture, and to taking joint action on the international scene, it added.

In this regard, it was indicated that North Korean leader, Kim Jong Un, is making great efforts to expand and strengthen ties up to the new times.

Kim met in Pyongyang in November 2018 with president of Cuba, Miguel Díaz-Canel, (then president of the Councils of State and Ministers) and strengthened friendly ties with him, to consolidate the tradition of bilateral closeness.

The source concluded that the authentic comrade unity and friendship and cooperation between Korea and Cuba, forged in the struggle for anti-imperialist independence and the socialist cause, will further be strengthened in the future.