Election observers from the EU will arrive in Venezuela 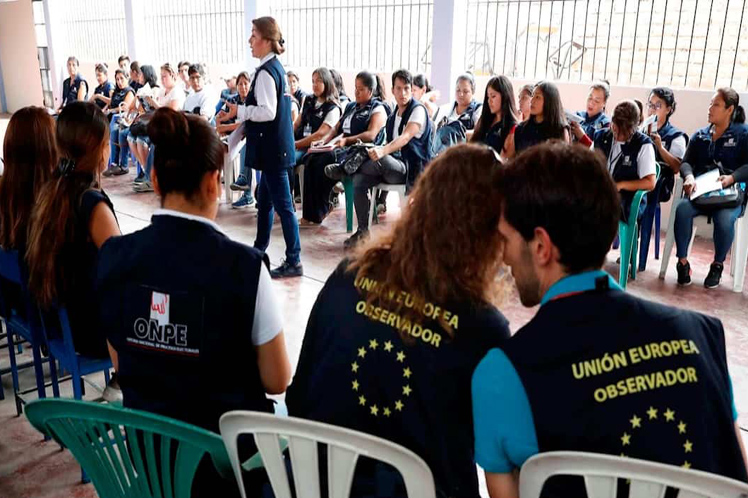 Election observers from the EU will arrive in Venezuela

Members of the board of the top electoral body held yesterday the first working meeting with members of the EU observation mission who arrived already in the South American nation to coordinate aspects related to the verification process.

A first technical team, in charge of logistic matters, has been in Venezuelan territory since last October 5, while a second group, made up of 11 delegates, has been working since October 14 on specific responsibilities, the CNE specified in a press release.

Subsequently, the arrival of a group of 34 short-term observers is expected, while the head of the mission, MEP Isabel Santos, will arrive in the South American country on October 28.

The EU delegation plans to issue two reports after the November 21 electoral event, the first of them two days after the elections, and a second opinion that will be published between January and February 2022.

By the agreement signed in September, European observers will have full freedom to access spaces, actors and facts related to voting, and must maintain a strict conduct of impartiality, objectivity, independence and non-interference in the electoral process.

Venezuela will go to the polls on November 21 to elect the country’s 23 governors and 335 mayors, as well as members of the regional legislative and municipal councils.

The renewal of the CNE and the call to the so-called mega-elections is a direct result of agreements of the national dialogue table set in 2019 between the Bolivarian Government and several opposition parties.