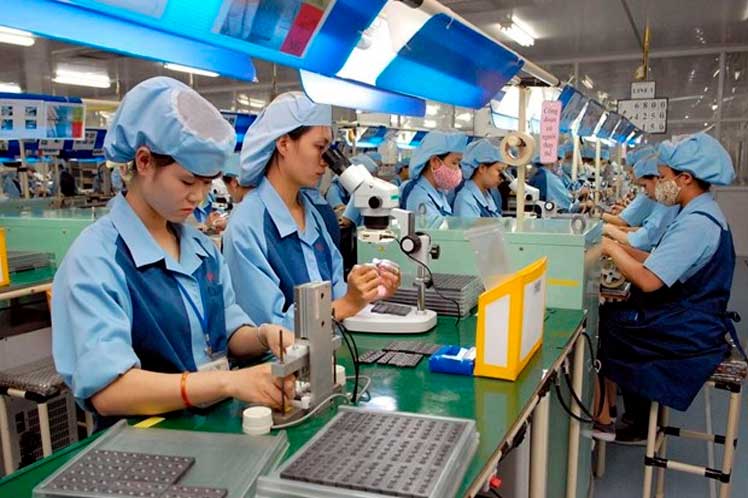 According to Nguyen Thi Luyen, official at the Central Institute of Economic Management, in the last decade the number of private companies in the country went from 325 thousand to 647 thousand, while the volume of their operations multiplied by 3.5.

These entities employ millions of workers whose average monthly wages are around $360, he said.

He noted that every year more of these companies are added to the list of the 500 largest in Vietnam and six are among the largest in Asia and the world.

He pointed out, however, that certain legal and administrative obstacles still hold back the development of the private sector, both internally and in its integration into regional and global value chains.

For his part, former director of the Tran Dinh Chien Institute of Economics celebrated that private companies received strong support from the Government to survive the difficult conditions imposed by the Covid-19 pandemic.

A few days ago, Prime Minister Pham Minh Chinh announced that a resolution aimed at favoring business, including the private sector, will soon be enacted as part of the socio-economic recovery program.

To help rescue companies, the Executive disbursed millions of dollars, mainly in low-interest loans, and lowered taxes and fees for services such as water, electricity and gas.

Vietnam aspires to have 1.5 million private companies by 2030, fully sustainable and capable of employing 10 percent of workers.

ECLAC calls for coherent strategies ahead of the Covid-19 pandemic

ECLAC calls for coherent strategies ahead of the Covid-19 pandemic