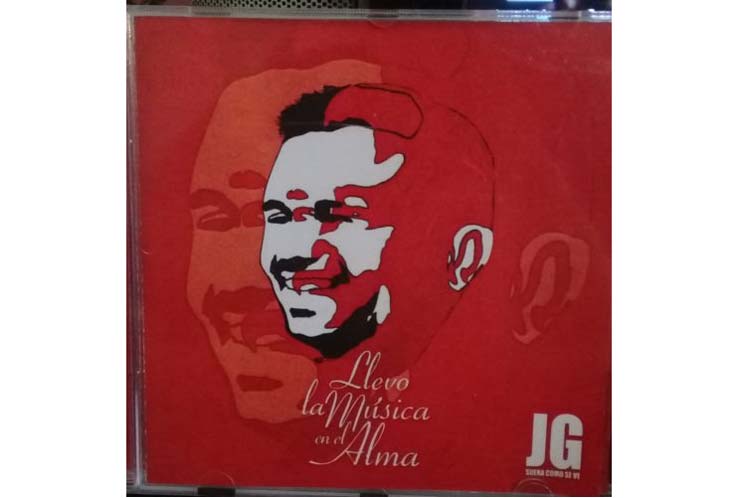 During the presentation of the phonogram, which took place at the Iris Jazz Club next to the emblematic Plaza de Marte, the artist assured that the album, his most recent production, is a tribute to the Day of Cuban Culture and to the intimate and personal legacy of his father.

The musician attached importance to being accompanied as producer by specialist Carlos Gaytan, who grew up listening to Almeida’s music because his father, Eddy Gaytan, also a composer and pianist, was one of his closest collaborators.

With emotional words, the new performer affirmed that if his father said that he carried music in his soul, he puts all his heart into singing it.

The 11 pieces on the album, all of them written by the legendary revolutionary leader, include the anthologies ‘Dame un traguito,’ (Give me a drink) ‘Quisiera enamorarme’ (I would like to fall in love) and ‘Mejor concluir,’ (Better break up) with the participation of popular singers Candido Fabre and Mario Rivera.

Other guests on the phonogram include Kelvis Ochoa, the Septeto Santiaguero, the Conga de Los Hoyos, Pedro Calvo and Tania Pantoja, with the recording of engineers Maximo Espinosa and Victor Trasobares, at the Siboney Studios of the Music Recording and Editing Company (EGREM).

The graphic design was the work of the young creator Diana Almeida, also daughter of Juan Almeida, in a team that was accompanied from EGREM by the specialist Heidy Gonzalez, who praised the creativity that runs through each one of those songs, several of them very well known.

One of the revolutionary fighters to the Moncada Barracks on July 26, 1953 and one of the 82 members of the Granma yacht expedition on December 2, 1956, along with Fidel Castro, Juan Almeida bequeathed a prolific musical work with some 300 compositions that remain in the preference of Cubans even after he died in 2009.