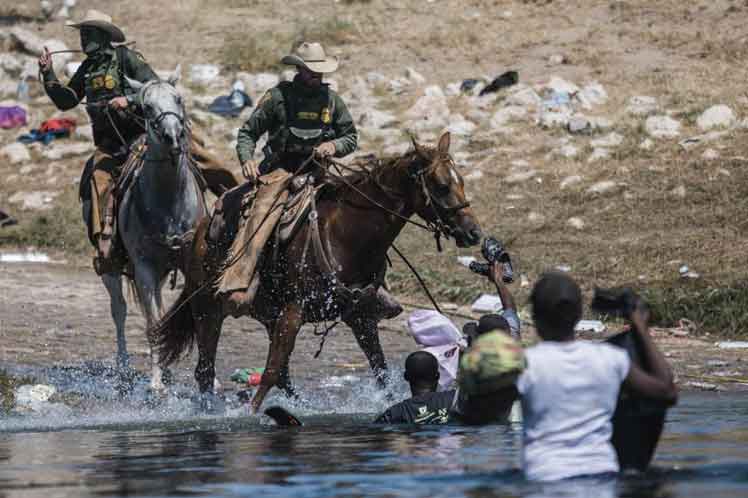 The organization’s members denounced that some returnees were imprisoned for several days, without showers, and then taken to the country chained like criminals and dressed up with the same clothes for days.

‘Those horrors affect the divinity of Haitian migrants,’ GARR’s representatives underscored, and called on US authorities to stop deportations to Haiti, a nation facing a multidimensional crisis: political, economic, social, security and humanitarian, they assured.

The International Organization for Migration revealed that almost 30 percent of the returned children were not born in Haiti, but in Chile and Brazil, and to a lesser extent in Venezuela, Ecuador, Panama and other countries of the region.

They also found unaccompanied minors, and indications of human trafficking, as some children expressed fear of the people traveling with them.

GARR’s members asked the State to provide better assistance to the returnees, as they are already vulnerable families, who have been undercapitalized during their risky and costly journeys, and who return disappointed and tormented, they indicated.

They also pointed out that those deportees need psychological support to face their daily lives with hope and dignity.