Cuba highlights in China role of youth in defense of Revolution 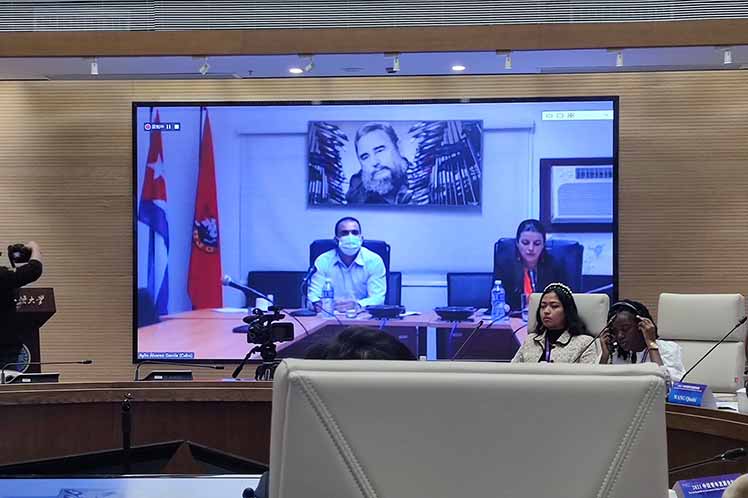 Cuba highlights in China role of youth in defense of Revolution

During her virtual participation at a Youth Development Forum, hosted by the All-China Youth Federation and that is part of the Bridge for the Future program, Alvarez assured that in Cuba, the younger generations understand and assume their responsibility in the historical continuity of the Revolution, united to the Communist Party.

At the same time, she emphasized that, among the many work fronts, Cuban youth has played an essential role in the battle against the unprecedented tightening of the US blockade, other aggressive measures and the destabilization and media manipulation campaigns against the island.

‘In this context, the enemies of the people and the Revolution intend to impose the false image of a youth distanced from the values that commit us to the historic generation of the Revolution, which we do not allow, or will we ever allow,’ she said.

The Cuban leader also referred to the contribution the young people have done to the battle the Caribbean nation is carrying out to fight the Covid-19 pandemic, actively participating in the mechanisms of prevention and detection of cases, supporting food production, several spheres of the country’s economy and the development of vaccines.

A large representation of Cuban young diplomats and students participated in this forum, held in the Chinese city of Shanghai, where they discussed several ways to achieve a greater understanding in order to promote the shared development and eradicate poverty.

Representatives of Venezuela, Mexico, Argentina, Brazil, Ecuador, Antigua and Barbuda, Peru, among others, attended the forum.

China expands support for peace and development in Ethiopia

China expands support for peace and development in Ethiopia