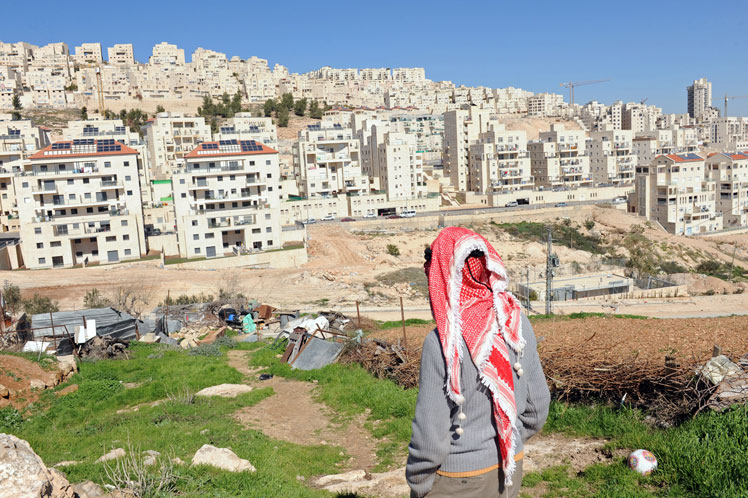 Since the 1980s, no Israeli government has dared to build housing for settlers in the city, the non-governmental organization, founded by former soldiers, recalled in a statement.

The settlement located in the Old City of Hebron is the ugliest face of Israeli control of the occupied Palestinian territories, and therefore ‘the moral and political price of maintaining it is unbearable,’ they stressed.

Hebron, where some 1,000 Israelis live in a colony surrounded by more than 200,000 Palestinians, is home to the Ibrahim Mosque or Tomb of the Patriarchs, a holy site for Judaism and Islam.

The denunciation coincides with the declarations this Sunday of the Israeli Deputy Minister of Economy Yair Golan, who warned that the unilateral decision to build 3,000 new homes for settlers in the West Bank threatens to destroy the ruling coalition.

The Executive should have discussed the issue before announcing it, said Golan, a member of the pacifist Meretz party, in declarations to Kan radio station.

According to the schedule, the High Planning Committee of the Civil Administration, a body under the army that manages the occupation of the Palestinian territories, will meet this week to give the green light to the project.

The motley government coalition, in power since last June, includes extreme right, center, pacifist and Islamist parties, all united by a common denominator: their rejection to opposition leader Benjamin Netanyahu, who ruled for 15 years, 12 of them uninterrupted.

Prime Minister Naftali Bennett and the head of the Interior, Ayelet Shaked, both from the late right-wing Yamina party, are advocates of the settlements, rejected by Meretz and the Islamist Raam formation, also member of the alliance.

Cuba at the threshold of the International Construction Fair

Cuba at the threshold of the International Construction Fair