Panamanian health restrictions on U.S. tourists asked to be lifted 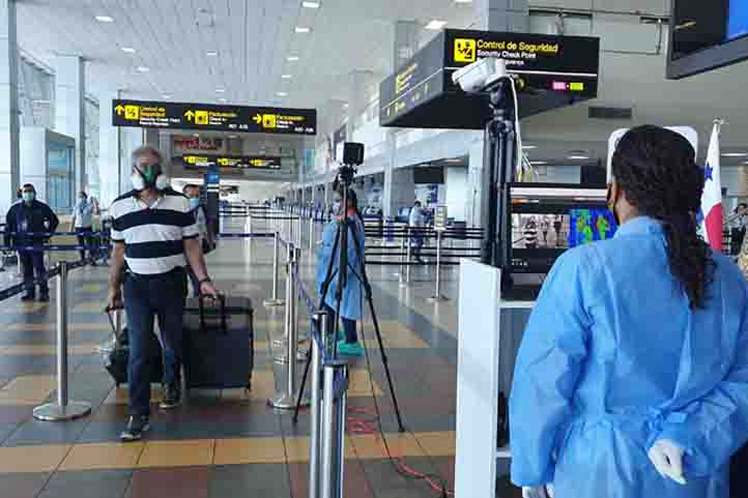 Panamanian health restrictions on U.S. tourists asked to be lifted

An Apatel communiqué published in social networks, assured that ‘it joins the call of other private associations that have raised their voice to request the health authorities to lift the measure that places the United States in the list of high-risk nations due to the pandemic’.

In response to the request, the Minister of Health, Luis Francisco Sucre, clarified that the ‘good control’ of the Covid-19 pandemic that the country has at the moment cannot be lost with the total relaxation.

‘The United States itself maintains its measures, demanding that if you go to the United States you have to be vaccinated, Europe also demands it’, argued the minister, according to a report of Telemetro channel.

He insisted that ‘we have to take good care of what we have achieved, Panama at this moment has a good control of the pandemic, what we cannot do is to lose what we have already gained’.

Panama maintains a score of countries as ‘high risk’, so those travelers must present a complete vaccination plan or they will have a quarantine of 72 hours in a hotel facility previously reserved by them and a negative test at the end of the stay.

The Chamber of Tourism (Camtur) also supported Apatel in its demand, because the measure causes cancellations of reservations of passengers and groups from the United States destined to Panama, not only for the end of the year, but also for the high season of 2022.

‘We have been able to observe that cases in the United States continue to decline and at the same time they have a significant percentage of their population vaccinated. This market has historically been our main source of visitors to Panama ‘ said Camtur.

After a strict sanitary cordon for the entry of foreigners to its territory, the northern nation will change as of November 8 its entry requirements for foreigners, allowing those who show proof of being fully vaccinated, although they must also have a negative test before boarding their flight.

The vaccines accepted as valid in the United States are those approved by its health authorities and those included in the emergency list of the World Health Organization, which are: Pfizer/BioNtech, AstraZeneca, Janssen, Moderna, Sinopharm and Sinovac-Coronavac.

Reports of the last hours confirm that the infection curve in the northern country maintains a downward trend and in yesterday’s report they counted 29,824 new cases and 1,513 deaths, after a strong wave with the last peak only 10 days ago, in addition, 57 percent of the population is vaccinated, according to The New York Times.