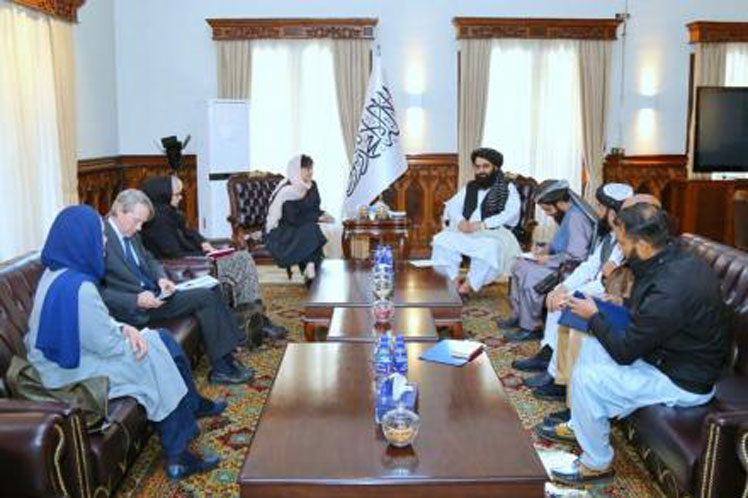 Lyons also stressed the need for an inclusive government in the Central Asian country and further stressed the protection of the rights of all Afghans, both women and men.

Meanwhile, UN Secretary-General Antonio Guterres said the UN will remain in Afghanistan and continue to promote and defend the rights of women and girls.

‘We will not stop until girls can go back to school, and women can return to their jobs and participate in public life,’ Guterres tweeted.

According to the spokesman, Lyons said that staff was increased to deliver humanitarian aid and that she would soon visit the United States, where she would raise her voice for the resumption of Afghan banks.

Afghanistan is at an economic crossroads as the United States froze 9.4 billion dollars of the assets of the country’s central bank.

Alongside Washington, the World Bank blocked project accounts in the Central Asian nation and the International Monetary Fund similarly suspended Afghan access to its resources.