Attacks to Argentine Movement of Solidarity with Cuba denounced 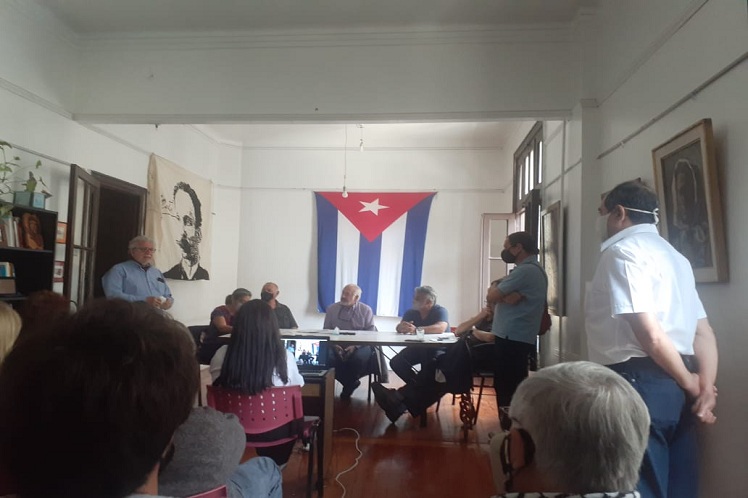 Attacks to Argentine Movement of Solidarity with Cuba denounced

In a press conference at the headquarters of the Argentine League for Human Rights, MasCuba warned about grievances and threats made to several of its members by groups supported by the Partido Libertario (Libertarian Party), the PRO (Republican Proposal) and young radicals.

During the meeting, Alberto Más, member of the Movement, denounced personal attacks received and pointed out it is not only an attack on him but on the entire MasCuba organization and the solidarity being built in Argentina.

‘This responds to a policy trying to weaken the solidarity of the world with that Caribbean nation, since it has been shown that with solidarity we challenge the economic, commercial and financial blockade imposed by the United States on the island’, he said.

Más cited as an example the campaign to send syringes and needles to Cuba, which was joined by several countries. This, he added, is what bothers ‘the empire and, therefore, orders that come from there, we see them every day’.

He announced that ‘MasCuba’ will request a hearing with the Ministries of Foreign Affairs and Security to make it clear the responsibility of the State in taking actions to prevent that the Cuban embassy be attacked.

With hatred, you do not build a society, we support the love that Cuba has preached, Más said after pointing a finger at the economic support that certain NGOs and journalists get through US organizations to influence the construction of a story against the island, planned and launched from the US State Department.

For his part, president of the League for Human Rights, José Schulman, emphasized they will never forget the solidarity of the Cuban government and people with this country in the difficult times of the last military dictatorship (1976-1983) and described as paramount that the Argentine State upholds the Vienna Convention in the protection of the Cuban diplomatic headquarters.