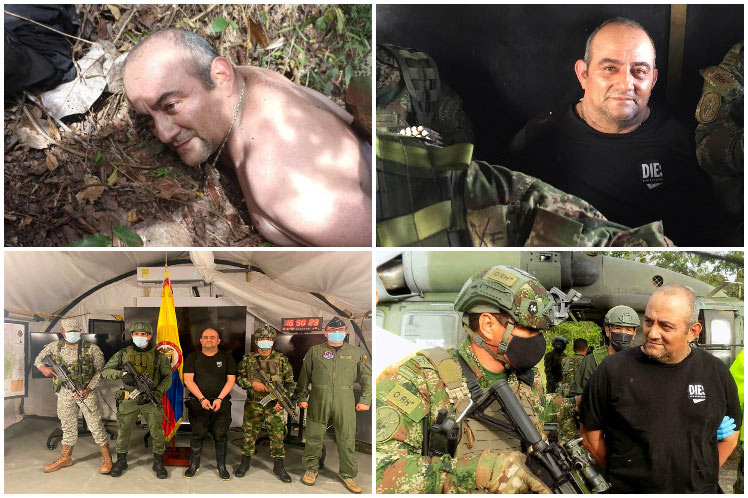 Body: They pointed out that the capture of the drug trafficker Dairo Antonio Úsuga, alias Otoniel, the main leader of that criminal group also known as Autodefensas Gaitanistas de Colombia, could generate a scenario of exacerbation of violence due to disputes to occupy ‘his position’, far from suppose the end of that structure.

In Rancero’s opinion, implementing the Peace Agreement and guaranteeing the integral presence of the State (not only of the public force) in the most remote territories, is essential, however, it is something that has always been denied.

For his part, the senator of Polo Democrático Alternativo Iván Cepeda said that he hopes that the capture of the drug trafficker will soon lead to a process of submission to justice and demobilization of the thousands of members of the Clan del Golfo, which is a powerful illegal armed organization. .

Alias ​​’Otoniel’, who has participated in multiple armed groups and in various violent conflicts in the country, knows well the links between his paramilitary organizations, high-ranking military commanders and far-right politicians. Are they going to silence him? Cepeda wondered.

‘This operation by our military forces and the police, with the support of the Colombian Prosecutor’s Office, is the most forceful blow that has been inflicted on drug trafficking in this century. It is only comparable to the fall of Pablo Escobar in the 1990s,’ he stressed Duke in a statement.

For his part, the commander of the Colombian Armed Forces, General Luis Fernando Navarro, explained that after seven years of persecution and the action of 500 men, they managed to pass through all the security rings of Otoniel, 49 years old, one of the most wanted drug traffickers internationally.

He was specifically detained ‘in a remote area of ​​the Paramillo Nudo, between Cerro Yoki and Cerro Azul,’ in the department of Antioquia.

In the Osiris operation, men from the Army and Navy special forces were deployed, as well as 22 helicopters with satellite support from intelligence agencies from the United States and the United Kingdom.

According to the Colombian Police, Otoniel has 128 arrest warrants, seven convictions, eight security measures and two red circulars issued by Interpol for aggravated multiple homicide, various types of kidnapping and conspiracy to commit a crime, as well as an extradition request. issued by a court of the United States.