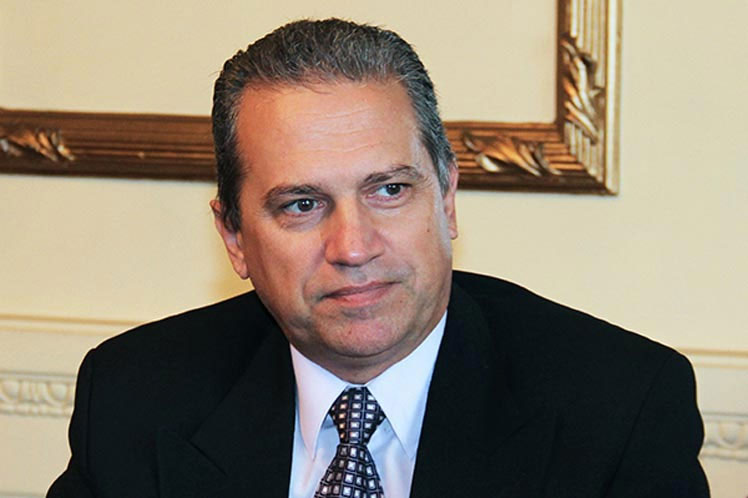 Gonzalez participated in the Ayataqui (Andean poem or ritual of tribute to a deceased warrior) held on the Internet on the second anniversary of the outstanding prolific filmmaker’s death.

He recalled that in his youth, his father encouraged him to watch ‘a feature film full of values, a seamless work of cathedral-sized forcefulness: Tupac Amaru,’ which fueled his early interest in Peruvian culture and history.

‘I was then equally far from getting to know its creator and his dear sentimental companion and unsurpassed collaborator, Pilar Roca,’ he recalled, adding that when he met him, Garcia ‘radiated an aura of bonhomie and perennial satisfaction, the one that comes from having had a life of full realization.’

The ambassador pointed out that the great film Tupac Amaru was enough for Garcia to transcend, since many creators are known and become famous with only one masterpiece, but Fico, as the filmmaker was called, had other great achievements.

His filmography includes the documentary Kuntur Wachana (Where the condors are born) and the feature-length film El caso Huayanay (about a true, the prosecution by a community of a cattle thief and abusive foreman), among others.

‘I’m indebted to Fico and Pilar, to the Latin Americanist and anti-imperialist vocation of both of them, to their libertarian passion and vocation for the emancipation of humanity. Any tribute is small, but this one is well deserved,’ the diplomat stressed.