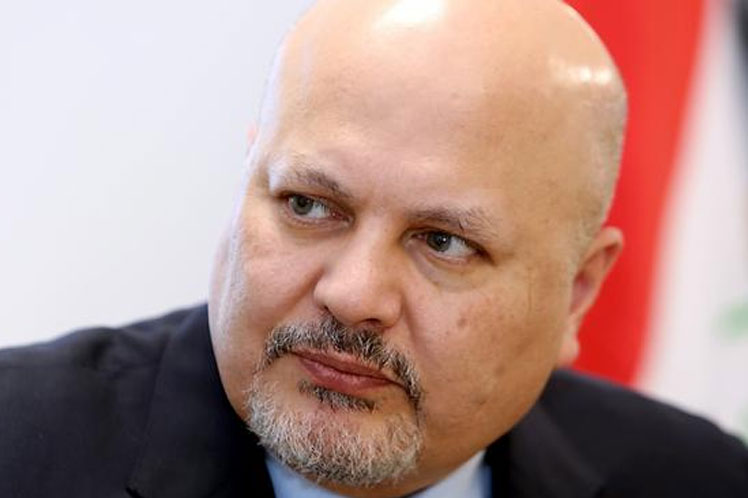 This Monday, he will be received by the head of state, Ivan Duque, at the Casa de Nariño, presidential headquarters.

During his stay in the South American country, he will review the progress or setbacks of state institutions on issues related to false positives, displacements, sexual crimes in the midst of the war, the expansion of illegal groups and the commitments made in the Peace Agreement.

He will also meet with the magistrates of the Special Jurisdiction for Peace, the Supreme Court of Justice, the Constitutional Court, the Attorney General’s Office, the Ombudsman’s Office, the United Nations Verification Mission and members of civil society.

Recently, Polo Democratico Alternativo senator Ivan Cepeda and the organizations Campaña Defender la Libertad: Asunto de Todas; Temblores ONG, among others, sent a third report to the ICC on the crimes against humanity that occurred in Colombia during the recent national strike.

In declarations to Prensa Latina, the congressman pointed out that they hope that the elements of the document will serve to nourish the previous information and that the new ICC prosecutor, British lawyer Karim Khan, will contrast it with that of the authorities.

In addition, Cepeda stressed that violence and specifically crimes against humanity committed by the police should be included in the topics to be analyzed.

The document reports at least 3,954 victims of human rights violations between April 28 and September 28.

The report sent to the ICC concludes by asking Khan, during his visit to Colombia, to meet with human rights organizations and to request information from the Attorney General’s Office, the Military Criminal Jurisdiction and the Accusations Commission of the House of Representatives on the status of the investigations and the actions taken against the alleged perpetrators.