Lopez Obrador insisted on the change of neoliberalism 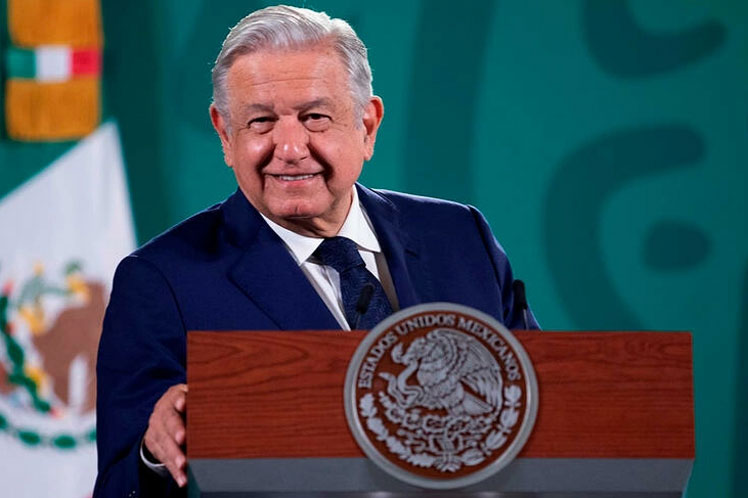 Lopez Obrador insisted on the change of neoliberalism

In his morning press conference at the National Palace, President Andres Manuel Lopez Obrador reiterated his criteria that there is no alternative but change because this model has exhausted its possibilities and produced all those misfortunes that led to the current systemic crisis, and there is no other way out.

His reflections were motivated by a question about the strong opposition of national and foreign big capital to his electricity reform, with which the State grants a leading role to the Federal Electricity Commission (CFE) and transforms it from a company into a State entity with expanded executive powers.

He insisted that the foreign transnationals should rectify their opposing attitude because there is no renationalization of the sector, but rather a reorganization, because they are left with 46 percent of the market, equivalent to all the electric energy consumed in Argentina, but they want it all, and they want to do away with the CFE, he denounced.

He warned that if the pressures of the transnationals and their allies of the International Monetary Fund (IMF) to privatize everything were accepted, ‘we would become modern slaves and that would give us courage’.

When everything is private, he warned, we will be deprived of everything. We are different, and it is not about expropriations, but about the state fulfilling its social function.

‘They wanted to vanish the State, to use it only when it served them to reject bankrupt institutions, to pass the bill to the citizens, to privatize profits and socialize losses, and to act with those sophisms and lies,’ he said.

Lopez Obrador also recalled the time of the letters of intent, which were of subjugation and conditioned loans from usurers to the application of monetary fund policies of increasing the cost of public services and privatization of companies.

He insisted again on the case of lithium, which will not be given to anyone, it will be Mexican, not foreigners or private nationals, because it is a fundamental strategic mineral and it will not be easy for them to take possession of it. If there is betrayal and the reform related to lithium is not approved, we will apply other measures, he warned.

Cuba with a network of researchers to face global challenges

Cuba with a network of researchers to face global challenges