Support for Venezuelan diplomat illegally extradited to US grows 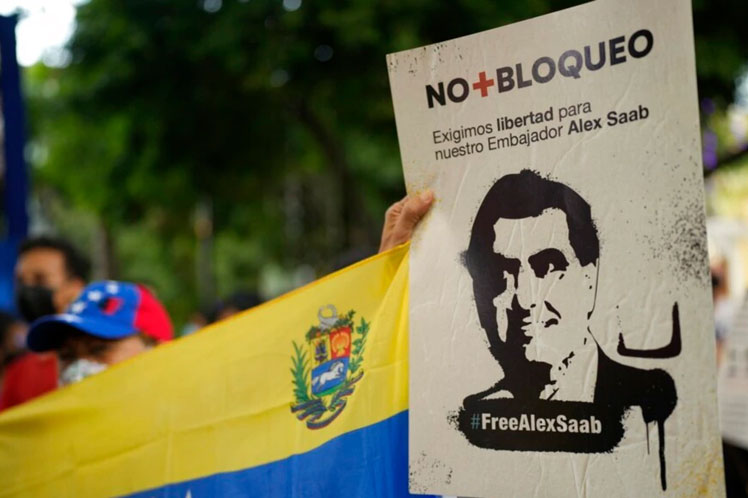 Support for Venezuelan diplomat illegally extradited to US grows

After 500 days of detention, Saab has more international support in every corner of the world, amid a process filled with political motivations, illegality and violations of international law carried out by the governments of the United States and Cape Verde, lawyers said.

According to the team’s view, the rejection of ‘the imperial actions puts significant international pressure in demanding his immediate release’.

The diplomat was arrested on June 12, 2020 on Cape Verde’s island of Sal, violating his imunity, where he was held, while his lawyers and family denounced tortures and violations of his rights, until October 16, 2021, which was transferred to US city of Miami.

Multilateral and regional organizations such as the United Nations and the Economic Community of West African States (ECOWAS), as well as governments of nations like Russia, Iran, China and African countries, have raised their voices in denouncing the dangerous precedent it sets for the world such attack against diplomatic relations.

Likewise, social movements, political personalities and recognized defenders of human rights from all continents, add their voices to condemn the cruelty against the special envoy.

At the time of his arrest, Saab was carrying out procedures for the entry of food into Venezuela, which the country is unable to acquire due to unilateral coercive measures imposed by Washington since 2015 and which have intensified amid the health crisis of the Covid 19 pandemic.