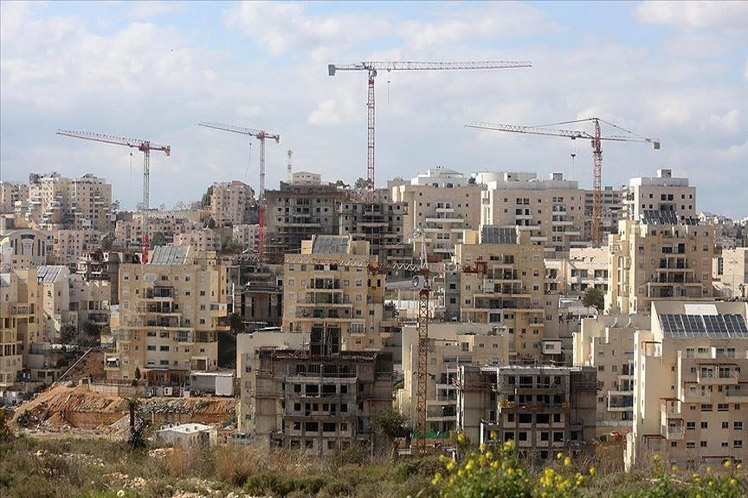 The UN envoy for the Middle East peace process, Tor Wennesland, expressed in a statement issued here his great concern over the decision of the Tel Aviv government.

The settlements ‘are illegal under international law and a major obstacle to peace’, he stressed.

The plan calls for the construction of 729 housing units in the Ariel settlement, 346 in Beit El, 102 in Elkana, 90 in Geva Binyamin, 57 in Emanuel, 22 in Karnei Shomron and one in Beitar Illit.

The leaders of the Labor party, Merav Michaeli, and Meretz, Nitzan Horowitz, criticized the head of the Government Naftali Bennett for the decision adopted, which was not consulted with the rest of the members of the ruling alliance.

Meanwhile, MP Aida Touma-Sliman warned on Twitter that this new plan deepens the occupation and repression against the Palestinian people.

For his part, legislator Mossi Raz, from Meretz, estimated that the current Executive is more to the right than the previous one, headed by the ultra-nationalist Benjamin Netanyahu.

In a similar sense, the NGO Peace Now pronounced that Bennett’s executive ‘is not a government of change, but a right-wing government on steroids’.

According to this organization, founded by ex-military personnel, more than 665,000 Jewish settlers live in the West Bank and East Jerusalem, distributed in 145 settlements and 140 outposts for future colonies.