Cuba thanks support against the U.S. blockade 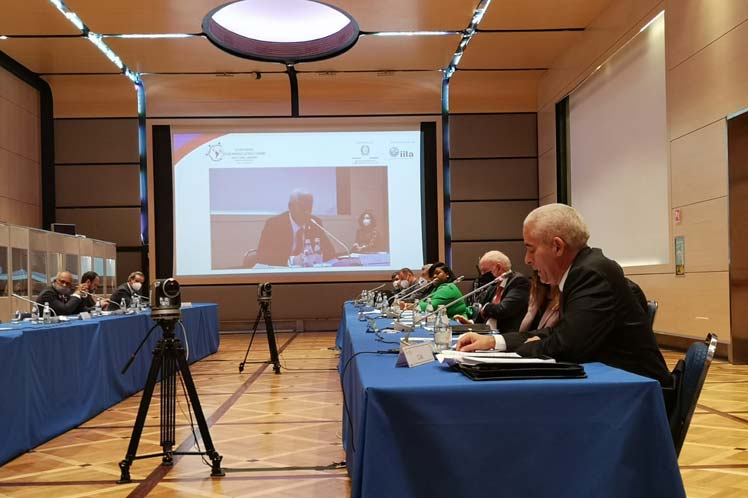 Cuba thanks support against the U.S. blockade

In a speech at the 10th Italy-Latin America and Caribbean Conference, Peñalver described the blockade as the main obstacle to Cuba’s economic and social development and its goal of becoming a prosperous and sustainable society.

Referring to the economic reforms, the official affirmed that ‘we show significant progress in criteria of inclusion and social justice, recognized by the United Nations system and included in its Sustainable Development Goals’.

Even, he said, despite the economic, commercial and financial blockade imposed for more than 60 years by the U.S. Government against the Cuban people, which was deliberately and opportunistically intensified during the Covid-19 pandemic.

He also pointed out that the island gives high priority to the central themes of the meeting People, Planet and Prosperity, which coincide with three pillars of its socioeconomic model ‘based on respect for the three dimensions of sustainable development: economic, social and environmental’.

After pointing out that the island is preparing to reopen its borders next November 15 in ‘the progressive return to the so-called new normality’, the deputy minister highlighted the achievements of its science and innovation and public health systems in dealing with the health emergency.

Cuba is the country in America with the highest percentage of the population vaccinated with at least one dose, the one with the highest immunization speed at this moment, worldwide, and the only one with a massive campaign in children from 2 years of age, all with its own vaccines Abdala, Soberana 02 and Soberana Plus.

In this regard, he highlighted the support provided to other countries and territories with the dispatch of 57 medical brigades of the Henry Reeve International Contingent, including those that helped fight the pandemic in the Italian regions of Lombardy and Piedmont.

He also recognized the willingness of the Italian presidency of the G20 to contribute to a more just, sustainable and resilient post-pandemic world, based on respect for multilateralism, international cooperation, solidarity and the promotion of peace.