Solidarity groups with Cuba to protest against the US blockade 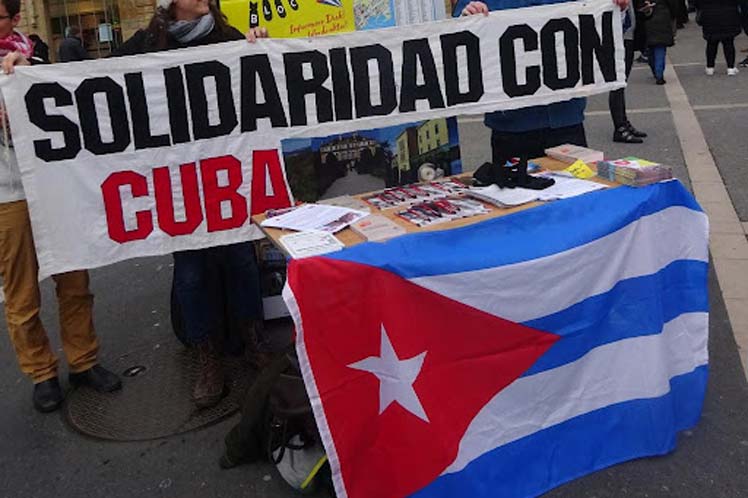 Solidarity groups with Cuba to protest against the US blockade

Cubans from the Los Angeles, California area are joining many others in the worldwide campaign to protest against the US blockade against Cuba and in support of the practically unanimous decision of the United Nations to end the blockade, the text released by the Los Angeles US Hands Off CubaCommittee referred.

After those activities, organizers will show Cuban films on the country’s fight against Covid-19, and the defense they are arranging against US-supported provocations.

The demonstrators will express a resounding NO to the US intervention and the cessation of financing, 246 million dollars, to the extremist groups that try to subvert the order on Cuba.

The press release pointed out that while the White House and Biden are tightening Donald Trump’s 243 sanctions, international solidarity with Cuba is increasing.

Countries from all over the world are sending fuel, food and medical supplies and, for example, the opponents of the US blockade have just sent six million syringes, raising over 600,000 dollars, and now, the communiqué referred, they are campaigning to send more aid to the population.

The document showed the rejection of the measures against Cuba noting that over 25 municipal, labor, Los Angeles County, school boards and state legislatures approved resolutions in 2020, calling for medical and scientific collaboration with Cuba and the end of the US blockade.

Those resolutions represent more o 30 million people and include major cities such as Chicago, Detroit, Cleveland, San Francisco and Seattle.

Likewise, the International Longshoremen’s and Warehousemen’s International Union passed a resolution against the US blockade against Cuba and is part of the educational and action campaigns in the Los Angeles area.