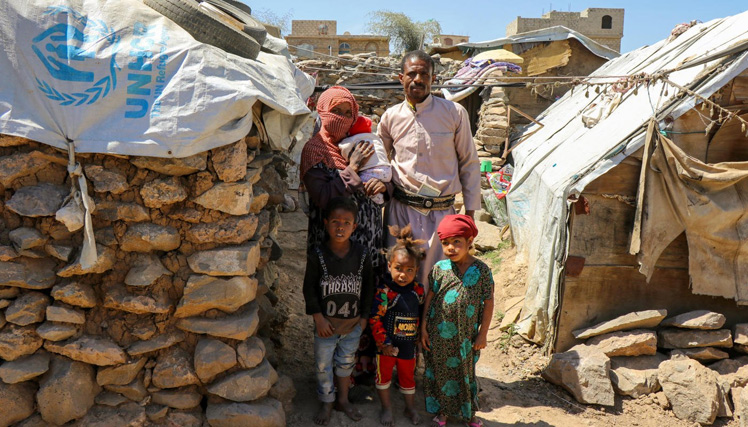 The office of the United Nations High Commissioner for Refugees (UNHCR) specified in a statement that the situation is ‘one of the greatest humanitarian crises in the world’.

After more than six years of a devastating and relentless conflict, the Arab nation has the fourth largest internally displaced population in the world with some four million people, it emphasized.

‘Clashes continue to deteriorate the space for the protection of civilians and force thousands of families to seek refuge in other places’, the text states.

There are more than 50 active fronts throughout the national territory, which has forced more than 67 thousand people to move this year, especially in central government of Marib, the center of violent clashes.

The UNHCR highlighted that the Yemeni economy collapsed as well as the national currency, a situation carrying a negative impact on purchasing power.

An estimated 80 percent of the total population lives below the poverty line, and food security data reveals that five million people were on the brink of famine earlier this year, the organization said.

Hostilities broke out in 2014 when the Houthi militia launched an offensive from the north and occupied the capital Sana’a and large areas of the country.

A year later, Saudi Arabia and other Arab allies intervened in the war in support of the government of President Abd Rabbu Mansour Hadi, whose forces took back some areas.

Prime Minister Maeen Abdulmalek Saeed reiterated days ago the Executive’s will to promote dialogue to seek a negotiated solution to the conflict, while accusing the Houthis of intensifying the war with their offensive against Marib.

UN envoy calls for dialogue to end conflict in Yemen

Shameful milestone of children killed or maimed in Yemen

UN envoy calls for dialogue to end conflict in Yemen

Shameful milestone of children killed or maimed in Yemen