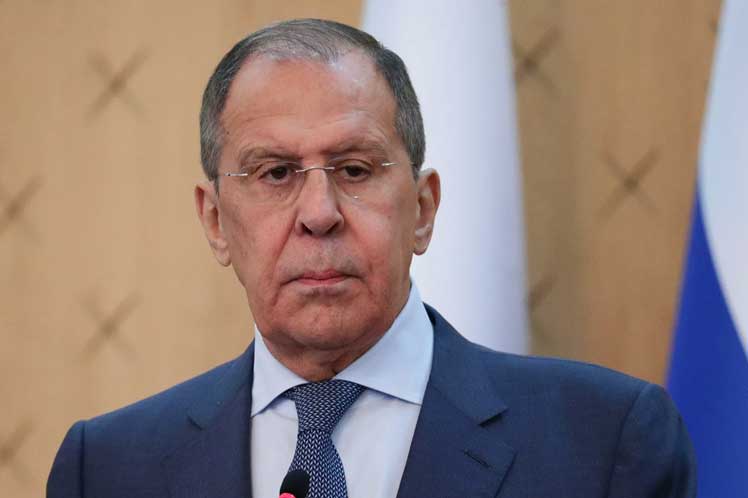 ‘The persistent desire of the West to reshape Afghanistan according to its own standards has led to sad consequences: internal enmity and bloodshed, polarization of society, socio-economic collapse, humanitarian catastrophe,’ it said.

For the Moscow representative, such a situation contributed to the rise of the presence of international terrorist groups in that Islamic country and to an unprecedented increase in drug production and corruption.

He warned that terrorists on Afghan territory, posing as refugees, are trying to infiltrate into neighboring countries, a threat that must be neutralized, he said.

In his opinion, that danger can only be confronted by creating normal living conditions in the country itself, which will become an important precondition for the gradual return of Afghans to their homeland.

Lavrov noted that as a result of that two-decade-old policy of Washington and the North Atlantic Treaty Organization (NATO), at this moment Afghanistan has to start from scratch, build from the ruins, ‘literally and figuratively.’

On behalf of his country, the head of Russian diplomacy called on the participants of the meeting not to allow the military presence of the US and NATO forces planning to move into the territories of those nations.

He also informed that in the near future Moscow is planning to send a shipment of humanitarian aid, including food, medical supplies and other essential goods to that nation

Russia is concerned about increased tension due to US actions

Russia is concerned about increased tension due to US actions