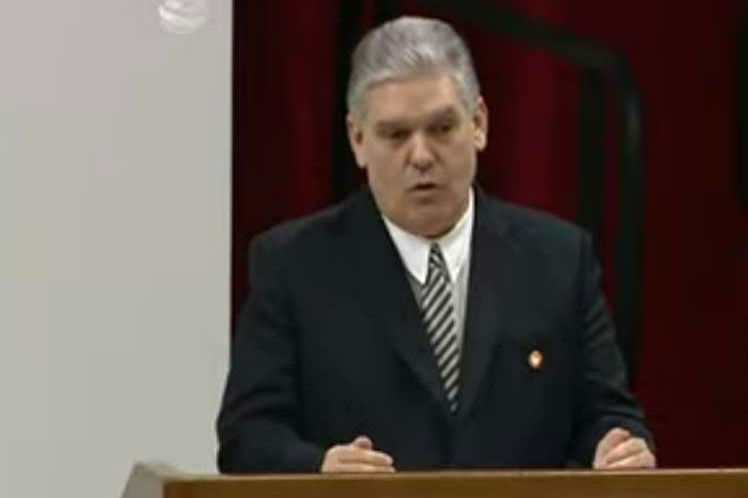 Before the Representatives to the National Assembly of People’s Power (ANPP), Economy and Planning Minister Alejandro Gil explained that over $300 million raised in foreign currency sales in the nation’s commercial network were reinvested for saling staples in national currency (CUP).

‘If we had not introduced this measure, the scenario would be more complicated’, Gil stressed, alluding to the criticism on the decision to sell products in ‘freely convertible currencies’, (MLC), adding that the provision allowed to purchase food and medicine.

At the end of September, the mercantile circulation of goods and services showed a deficit in offers of CUP$16.5 billion (around $687 million), which translates into a lack of products in retail stores, particularly in sales in CUP.

This has an impact on inflationary processes, the minister explained, while referring to the 35 measures the Cuban government passed to increase supplies.

This is the way to solve this issue, as expressed by the vice prime minister, who also included as solution the increased production, search for efficiency and the diversification of the economy.

Regarding efficiency, however, Mr. Gil warned that even though the state business system, the backbone of the Cuban economy, achieved clean sales of 105.9% by the end of September compared to the plan and 1,368 entities get profits; about 500 (30%) had losses.

Although losses were planned during the economic ordering process and others have been due to the lack of supplies and raw materials, inefficiency also continues, as revealed by 762 companies not meeting productivity dues.

Gil highlighted that, in spite of difficult situation, Cuba created nearly 200,000 new jobs, 48 ​% of them in the non-state sector.