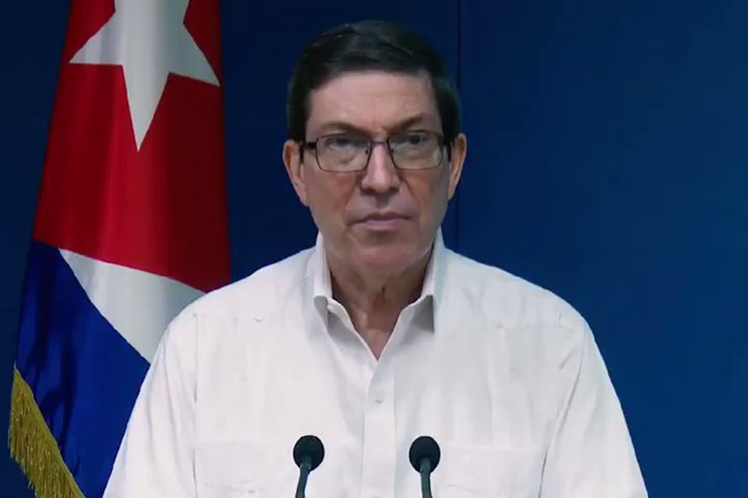 ‘The US government speaks about unmet deficiencies and needs, respect for the will of Cubans, as well as about change,’ Bruno Rodríguez live-tweeted.

It is the same government that hinders revenues for population, finances destabilization operations and stops changes that the Cuban people and government are promoting, Bruno condemned.

Rogelio Polanco, member of the Secretariat of the Central Committee of the Communist Party of Cuba and head of Ideological Department, showed a recording of a conversation between Yunior García, one of the main authors of the demonstration, and Ramón Saúl Sánchez, who was member of terrorist organizations such as Omega-7, Alpha 66, National Front for the Liberation of Cuba, among others.

Polanco also mentioned García´s links of Cuban Manuel Cuesta, promoter of the initiative, with the Center for the Opening and Development of Latin America (CADAL), based in Argentina.

This organization received $ 107,000 from the US National Foundation for Democracy (NED) in 2017 and $100,000 in 2021 for A Regional Approach to Promote Democratic Values ​​in Cuba project, Polanco stressed.

Polanco confirmed that all this happens under the complicit glanze of the US government, and he once again rejected recent statements from a senior Washington official who threatened new sanctions on Cuba if illegal march was not conducted.