The US questions Assange’s mental assessment 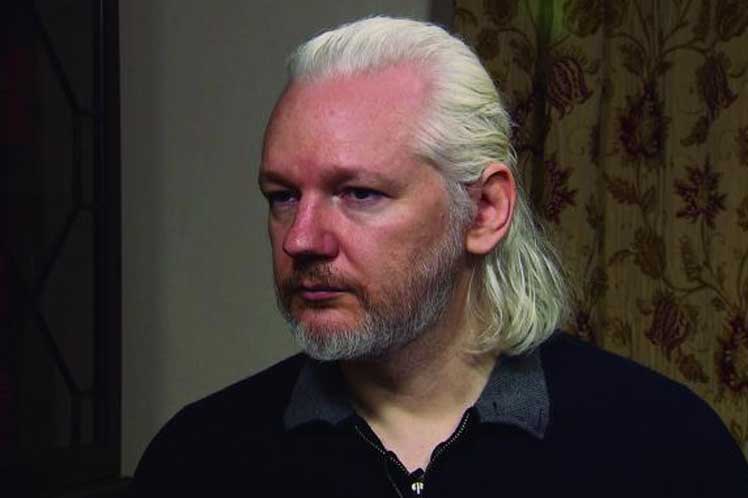 The US questions Assange’s mental assessment

As attorney James Lewis argued on the first day of the appeal hearing, District Judge Vanessa Baraitser gave too much weight to the report presented to her by psychiatrist Michael Kopelman during the trial held last October.

On that occasion, the London specialist stated that Assange’s mental health was very deteriorated, and that such condition, combined with the Asperger’s syndrome from which he suffers, made him prone to commit suicide.

The risk of the Australian journalist making an attempt on his life was the main argument the judge used at the time to refuse to extradite him to the United States.

During the presentation of his arguments on Wednesday, the US justice system’s representative assured that if Assange were to be tried and convicted by a US court, he would not be locked up in the maximum-security prison in Florence, Colorado, nor subjected to the restrictive measures applied to dangerous criminals and terrorists.

The US representative also offered to send him to serve the eventual sentence in his home country.

Washington intends to prosecute the WikiLeaks founder for publishing war crimes committed by US military personnel in Iraq, and Afghanistan and thousands of diplomatic cables.

Although Lewis assured he could receive a light sentence, the cyber activist faces a sentence of 175 years in prison on the 17 counts of espionage violations he is charged with.

Assange attended part of the oral hearing remotely from the maximum-security London jail where he has been held since he was arrested at the Ecuadorian embassy in London in April 2019.

The 50-year-old reporter, who was wearing a long-sleeved beige shirt, black tie and black mask, looked tired and very thin during the few minutes he appeared on screen.

The appeal hearing will conclude on Thursday with defense arguments, and the superior court judges will have from four to six weeks to issue their verdict.

In any case, the losing side is expected to appeal the ruling to the UK Supreme Court.

Thousands of Assange’s supporters remained outside the London courthouse throughout the hearing, and demanded his release to chants of ‘there is only one decision, no extradition.’