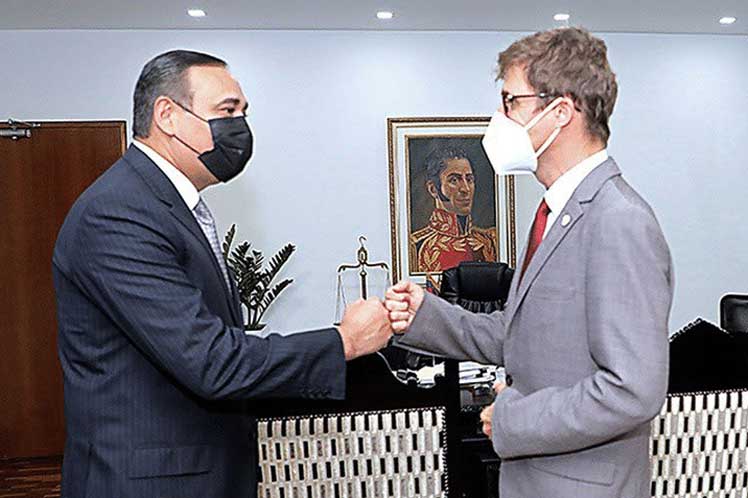 As part of these actions, the president of the Supreme Court of Justice (TSJ), Maikel Moreno met with the head of the regional delegation of the International Red Cross (ICRC) in Venezuela, Arnaud de Baecque, to review the cooperation agreements on humanitarian technical assistance signed between the two parts.

These agreements include the supply of medicines and medical supplies, which are distributed among Red Cross hospitals and public hospitals in the country.

Meanwhile, it continues to strengthen its strategic relations with Russia, one of its main allies, which has played an essential role in the battle against Covid-19 in this country.

In recent statements, the Russian ambassador in Caracas, Sergei Melik-Bagdasarov, confirmed that the government of President Vladimir Putin maintains and reinforces the reliable supply of medicines and medical supplies to Venezuela.

During a meeting, the day before, between the Executive Vice-President, Delcy Rodríguez, the Venezuelan Foreign Minister, Félix Plasencia and the Russian diplomat, the issues of bilateral cooperation in the field of health were discussed.

According to the report of the Ministry of Foreign Affairs, among the points analyzed were those related to the fight against the pandemic, the agreed supplies of vaccines and medicines vitally important for Venezuelans, as well as the possibilities of joint production of drugs.