Abdala vaccine authorized in children under 11 years of age 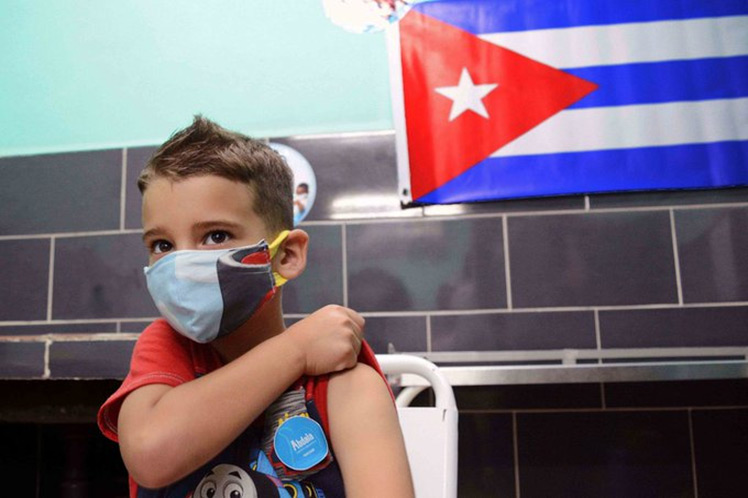 Abdala vaccine authorized in children under 11 years of age

‘The #Abdala vaccine has already been authorized by @cubacecmed for use in children from 2 to 11 years old and thus joins #Soberana in this crusade for the lives of our little ones. It was no coincidence that yesterday @AsambleaCuba paid tribute to Cuban scientists and doctors. We owe them a lot,’ he wrote on his Twitter account.

The Center for State Control of Medicines, Equipment and Medical Devices (Cecmed) reported the day before that the immunogen designed by the Center for Genetic Engineering and Biotechnology (CIGB) with a three-dose plan at an interval of 14 days between each application, meets the requirements demanded for that population group.

Cecmed carried out inspections of the sites where these studies were conducted to verify compliance with Good Clinical Practices during their execution.

Children from two years of age are included in this approval, considering the information provided by the manufacturer that justified this inclusion, the note concluded.

The doses produced so far reached 40 million, a milestone for science in the Caribbean country, informed the CIGB on its Twitter account on Wednesday.

The batches of the drug were intended for immunization of the population over 19 years of age, including pregnant women, nursing mothers, transplant recipients, adolescents and young people in the final grades of the national education system.

Due to the safety demonstrated in the mass vaccination campaign and further studies such as Ismaelillo in children from three to 18 years old, the president of the Biotechnological and Pharmaceutical Industries Group (BioCubaFarma), Eduardo Martínez, informed that they are evaluating its application in a future clinical trial with children under two years old.