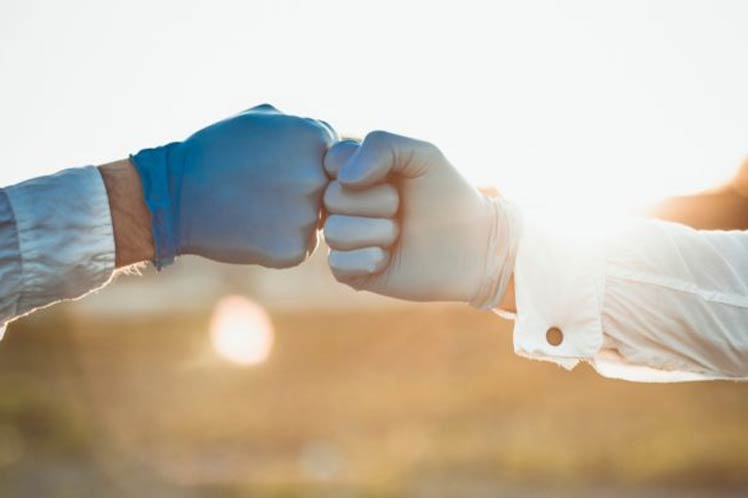 Havana, Oct 28 (Prensa Latina) Learning to coexist with Covid-19 is a challenge for Cuba and the world, which is increasingly in need of the joint action of nations and governments to face health challenges, an official source assured today.

That was stated by Cuba’s Minister of Health Jose Angel Portal Miranda on speaking virtually at the conference of Ibero-American health sector heads, which venue is the Dominican Republic, and in the meantime, he warned of the inequality, poverty and social conflicts exacerbated by the pandemic.

Portal Miranda explained that Cuba designed and approved a National Plan to face and control the health crisis, which included the preparation of personnel, reinforcing epidemiological surveillance and diagnostic capabilities, and now has 27 Molecular Biology laboratories.

The minister highlighted the management of science and innovation, along with the development of the biotechnological industry, which allowed the creation of a portfolio of 27 products that includes three drugs for preventive use, three antivirals, two novel anti-inflammatory drugs and four serological diagnostics.

Cuba’s Health authority highlighted the three vaccines against Covid-19 approved for emergency use by the national regulatory authority (Soberana 02, Soberana Plus and Abdala), as well as two vaccine candidates in the clinical trial phase (Soberana 01 and Mambisa).

While the process for the recognition of the first three antigens to the World Health Organization advances, with a view to their inclusion in the list for emergency use, the country designed a Vaccination Strategy with a guarantee of total coverage of the population.

As of October 26, 87.9 percent of people over two years old have at least one dose of any of those drugs and 63.6 percent completed the vaccination schedule, he confirmed.

‘The advance in pediatric vaccination will allow us becoming the first country to have vaccinated such important population group,’ he highlighted as he mentioned countries such as Venezuela, Nicaragua and Vietnam that already administer Cuban vaccines.

Along with the Pasteur Institute of Iran, vaccines are being produced for use in that country and, for the same purpose, work is being carried out with the healthcare authorities of Mexico and Argentina.

As critical moments of the pandemic in Cuba, he noted the entry of the Delta variant when the disease was practically under control, which caused a considerable peak in Covid-19 cases and deaths, the latter decreasing since September and an accumulated 98.6 percent of recoveries.

Before concluding, the minister highlighted the support in the fight against the pandemic in 41 countries with the dispatch of 57 brigades of the Henry Reeve Contingent, whose members have joined the over 28,000 healthcare professionals already working in 59 countries, amid the tightening of the US blockade against the country.